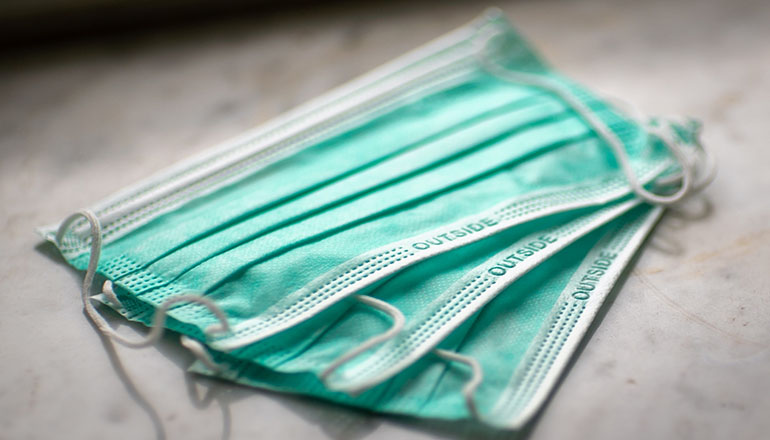 (Missouri Independent) – Tying quarantine requirements to the Saint Louis University face mask requirement successfully reduced the number of students sent to isolation and helped cut COVID-19 infections this spring, according to a study published Thursday by the Centers for Disease Control and Prevention.

Under the university’s rules, students without masks who had close contact with an infected person were required to quarantine and were much more likely to become infected themselves, the study shows. Overall, each additional encounter with someone sick with COVID-19 increased the risk of testing positive for the virus by 40 percent, the report states.

The study, published in the CDC’s Morbidity and Mortality Weekly Report, assessed the impact of a modified quarantine protocol SLU implemented last semester. The policy allowed masked individuals exposed to the virus to forgo quarantine but still monitor for symptoms. Unvaccinated people exposed to COVID-19 in an unmasked encounter were required to quarantine, the study noted. All close contacts underwent testing.

The study’s lead author was Terri Rebmann, director of SLU’s Institute for Biosecurity and a professor of epidemiology and biostatistics. She said she hopes the results will help other universities operate in-person programs safely amid the pandemic, minimizing the number of students required to go into quarantine.

If the study had shown masked students who didn’t quarantine led to additional cases, then that would be evidence the revised quarantine procedure wasn’t effective.

“But thankfully the project showed that it was safe to forgo quarantine in those situations,” said Rebmann, who is also a special assistant to the president.

From January to May 2021, 265 SLU students received a positive COVID-19 test — roughly 2.8 percent of the 9,335 COVID tests conducted during that period. Some students may have been tested more than once, the study noted.

The study reported that 378 people were identified as close contacts of those positive cases, with close contact defined as a 15-minute or more encounter within six feet in a 24-hour period. Of those, only 26 reported an exposure where both people were wearing masks, while the majority — 352, or 93.1 percent — reported that at least one person was unmasked.

Neither of the two students who tested positive and reported a masked exposure was linked to any additional COVID cases, “despite having nine close contacts between them and not having been placed into quarantine,” the study read.

The findings, “reinforce that universal masking and having fewer encounters in close contact with persons with COVID-19 helps prevent further transmission in in-person university settings,” the study read.

The protocols used by SLU could be a model for other universities or settings with contact tracing teams that can help ensure follow-up testing. Rebmann said it’s also important to ensure students are educated on procedures, like even if they don’t have to quarantine, they do need to get tested and also monitor for symptoms. The model may help reduce missed days of class and negative psychosocial effects of quarantining, the study noted.

It’s a modified quarantine policy SLU is continuing to use this school year.

Rebmann said the university will continue to monitor its effectiveness, but researchers likely won’t be able to conduct a similar study as the pool of unvaccinated students is much smaller than last spring — with 97 percent of SLU’s campus fully vaccinated.

The study noted it did have limitations, including that it was conducted before the Delta variant became the dominant strain in both Missouri and the U.S.

Additionally, contact tracing data was self-reported, meaning it’s possible there was recall bias or inaccuracies in identifying mask use. Many students were also not yet eligible to receive a COVID-19 vaccine until late spring, meaning the study included few fully vaccinated students.