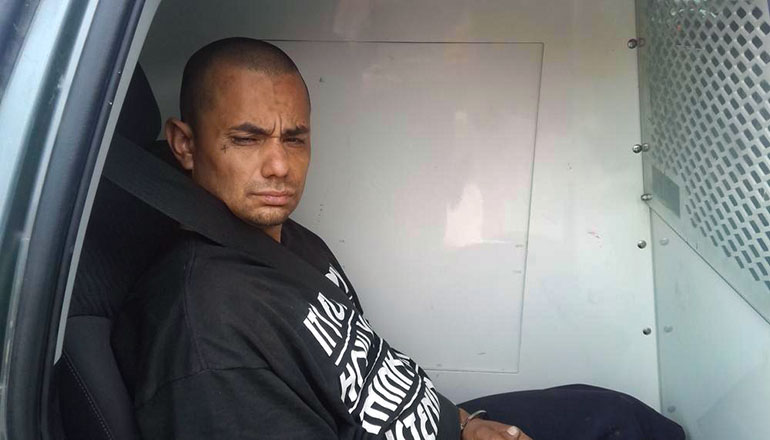 Livingston County Sheriff Steve Cox released information on one of three suspects taken into custody following an alleged incident in Lafayette County Tuesday morning. The incident involved the alleged stealing of pickup trucks and one of the suspects allegedly shooting at the vehicle owner. It is unknown where the firearm reportedly used is located.

Cox says officers arrested 35-year-old Jesse Monreal of Kansas after finding him hiding from law enforcement in Livingston County near LIV 437 and LIV 4304. He is incarcerated at the Daviess DeKalb Regional Jail for alleged receiving stolen property and resisting arrest for a felony in addition to potential pending charges from multiple agencies. Monreal was reported to be uncooperative with law enforcement.

Cox reports there was a sighting of the stolen vehicle in Carroll County, the vehicle was chased into Livingston County, the vehicle apparently crashed onto private property in a remote area generally described as southeast of Dawn off of LIV 437, and the occupants fled on foot. Officers from multiple agencies converged on the area, a Kia-type vehicle was found, and the vehicle fled from law enforcement.

The pursuit went through southeast Livingston County into Chariton County, the vehicle may have wrecked, the driver was taken into custody, and the driver was reportedly taken to the Chariton County Jail. Cox notes he does not know the driver’s name or information on who was in that vehicle. The Highway Patrol advised they were not the suspects’ officers were looking for.

Cox says two women from the Kansas City area arrived in a black-colored Charger and were briefly detained and interviewed. They were allegedly summoned to the area by Monreal to pick him up. One or both may face a criminal charge or charges, but they were released Tuesday.

As of 6 o’clock Tuesday evening, law enforcement had not found two other suspects. Cox said officers were uncertain if the other two wanted men were white or Hispanic, as they have heard multiple stories. They did not have any photos or names of the remaining suspects to share with the public. It is believed neither of the suspects is from the area. No one had been injured in the incident.

Cox said he did not know if the suspects were still in the area. It was believed they contacted someone who may have picked them up and taken them away from the area. The Livingston County Sheriff’s Office and Highway Patrol were to try to remain in the area Tuesday night. They were to continue to follow leads and work with other agencies.

Cox advised residents to be “extra cautious” if they live or travel in the area. He also advised to keep homes and vehicles locked, call 911 for emergencies, or Livingston County dispatch to report suspicious activity at 660-646-2121.