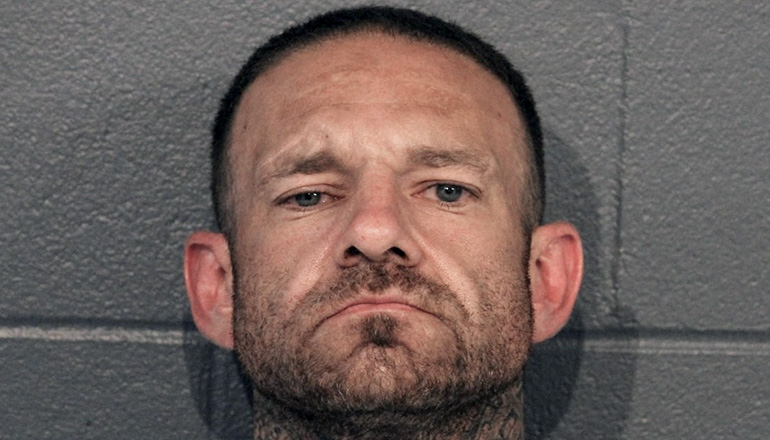 At approximately 2:50 am Monday, deputies with the Cass County Sheriff’s Office responded to a report of a vehicle driving erratically on I-49 south of Harrisonville. The caller stated that the vehicle had followed them to a business on 291 Highway north of Harrisonville and was driving around the area.

The deputy located the vehicle at the intersection of E. 231st and 291 Highway and followed the vehicle, a white Ford van, for a short distance.  Upon attempting to make a vehicle stop, the driver of the vehicle, which was located near E. 163rd, then accelerated and continued northbound on 291 Highway. Near the Jackson County line, the driver drove north into the southbound lanes of the divided highway and continued south into Cass County near Ward Road and E. 160th.

Officers with the Lee’s Summit Police Department were about to deploy a tire deflation device and stop the vehicle when the driver fled on foot from the van.  After a short foot pursuit, the driver was taken into custody without further incident.

The van had been reported stolen from the Blue Valley School District around 12:30 am.

The Cass County Prosecutor’s Office charged Orville Lund with first-degree tampering with a motor vehicle and resisting arrest by fleeing. Bond was set at $7,500 cash only, with Lund remaining in custody at the Cass County Jail.