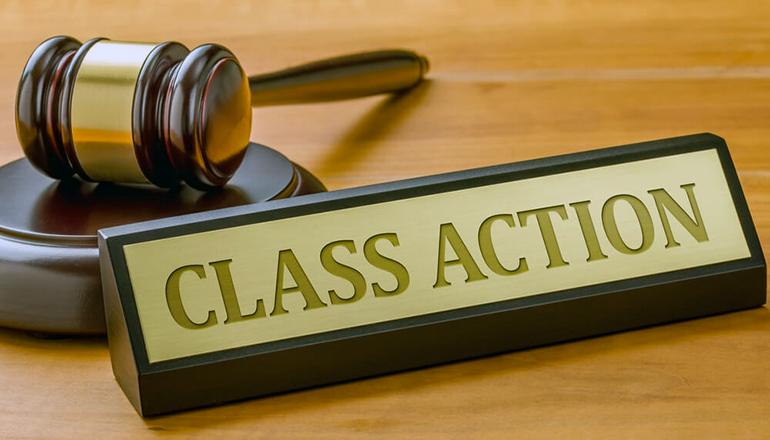 The inmates are represented by a team of attorneys from the MacArthur Justice Center, ArchCity Defenders, the SLU Law Legal Clinics, and Rights Behind Bars.

“They spray chemical agents on detainees who are handcuffed,” the inmates allege in the lawsuit. “They use excessive amounts of chemical agents — enough to fill the room with a fog of the substance — and leave detainees to ‘marinate’ in the burning air without access to the medical unit or even water to properly wash the chemical agents from their eyes.”

A spokesman said the city cannot comment on pending litigation, but he pointed to a bill that Mayor Tishaura Jones signed into law in December to establish the Detention Facilities Oversight Board, which will oversee and investigate allegations affecting the health and safety of detainees. It will operate similarly to the Civilian Oversight Board, which was established in 2015 to review complaints against city police officers.

“We look forward to finalizing board appointments and formalizing a system to investigate complaints,” according to the city’s statement.

In a February 2021 letter, a city lawyer wrote to the St. Louis public defender and the inmates’ attorneys that the jail turns the water off when detainees clog toilets with clothing, and inmates are told when the water will be turned back on.

The Tuesday filing builds upon a June lawsuit by three inmates who are held in the St. Louis City Justice Center and alleges they experienced excessive punishment. If the federal judge grants the motion to expand the original complaint into a class-action lawsuit it would include the more than 500 people currently held in city jails.

The filing includes 38 declarations from inmates whose stories have a lot of “overlapping” commonalities on the ways guards behaved, said attorney Amy Breihan, co-director of the Missouri office of the Roderick & Solange MacArthur Justice Center.

Plaintiffs are asking a federal judge to order the city to prohibit using water shut-offs and chemical agents as a form of punishment, as well as for “nominal damages” and attorneys’ fees.

Derrick Jones was among the first plaintiffs in the June complaint. He alleges that was needlessly maced in the face on Dec. 14, 2020. He was then beaten, maced again, and left in a cell to “marinate,” the lawsuit states.

Jerome Jones said he was placed in a small, secure visiting room on Feb. 9, 2021, and jail staff sprayed the room with mace without warning.

“They left Jerome in the mace-filled room, asking for help and shouting that he could not breathe, for nearly half an hour,” the lawsuit states.

Also in February 2021, Darnell Rusan alleges he was locked for hours, fully nude, in a tiny room filled with mace, though he says he was not physically resisting or threatening staff before being attacked.

In the new complaint, Marrell Withers alleges he was maced two times in a row in January 2022, while restrained in handcuffs for expressing concern about COVID exposure.

“Before he was maced, he told jail staff he had asthma and begged them not to mace him,” the lawsuit states.

The lawsuit contends that the city violated the Americans with Disabilities Act when officers refused to protect Withers and others who have medical issues.

St. Louis has long faced allegations of inhumane treatment in its jails. In 2009, the ACLU of Missouri published a searing investigation alleging excessive use of force and abuse by the city’s correctional staff. Over the last two years, there have been several uprisings among inmates, decrying conditions.

“These kinds of practices, they don’t just appear overnight,” Breihan said. “Guards do these kinds of things because they’ve been getting away with it for a very long time and supervisors have been allowing it to happen.”