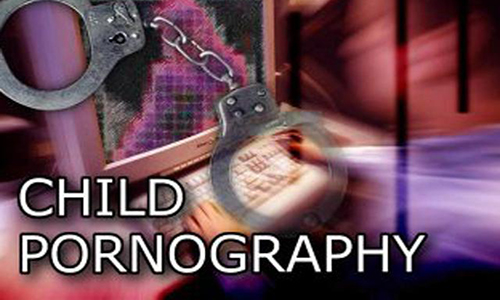 A St. Joseph, Mo., man with a prior murder conviction was sentenced in federal court on charges related to child pornography.

Robert W. Knorr, Jr., 47, of St. Joseph, was sentenced by U.S. District Judge Gary A. Fenner to eight years and one month in federal prison without parole.

On March 11, 2014, an FBI Child Exploitation Task Force officer used peer-to-peer file-sharing software to connect to Knorr’s computer and download a 23-minute video of child pornography that depicts a pubescent female approximately 12 to 13 years of age. The officer downloaded a second video on May 19, 2014, that depicts the sexual assault of a 13-to-15-year-old female.

Investigators discovered evidence on Knorr’s computer of numerous Internet and peer-to-peer network searches for child pornography, including images of children as young as three years of age, and evidence showing the downloading of thousands of files. Knorr distributed and possessed videos that depict the graphic depiction of the rape and sodomy of pubescent and prepubescent girls as young as six years old by adult men and women.