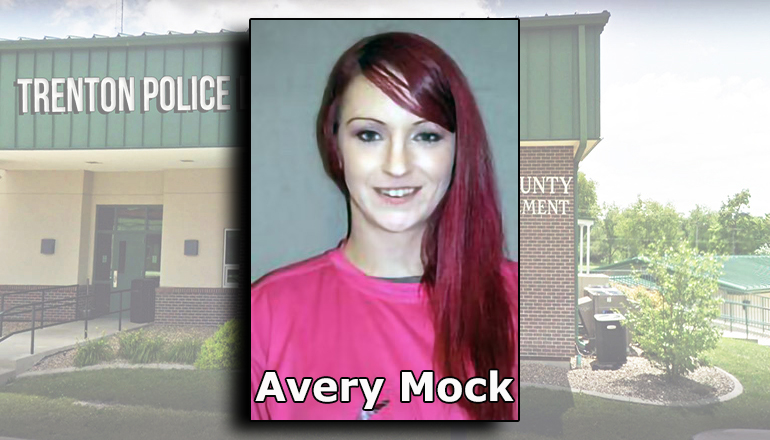 A Spickard woman added to the Grundy County Sheriff’s Office’s Most Wanted last week turned herself into the authorities on January 10th.

The sheriff’s office reports 30-year-old Avery Elizabeth Mock has been charged with three felony counts of first-degree endangering the welfare of a child creating substantial risk.  Bond was set at $25,000 cash only, and she is scheduled for the Associate Division of Grundy County Circuit Court on January 25th.

Court documents accuse Mock of acting in a manner that created a substantial risk to the life, body, and health of a child less than 17 years old by not seeking medical attention for the child for self-harming and excessive bruising on the child’s back.

A probable cause affidavit says Mock told a school teacher she did not know what to do as the child continued to self-harm. She also allegedly said the child wrecked his bicycle going down a hill and hit and scratched himself. Mock reportedly did not seek medical attention for the child after those incidents.

The probable cause affidavit says the child stated in a forensic interview that Mock pulled down his pants and spanked him with a belt.

Photos from Children’s Mercy Hospital showed bruising to the child’s lower back, which the hospital diagnosed as physical abuse. There was reportedly no medical attention sought for the injuries.