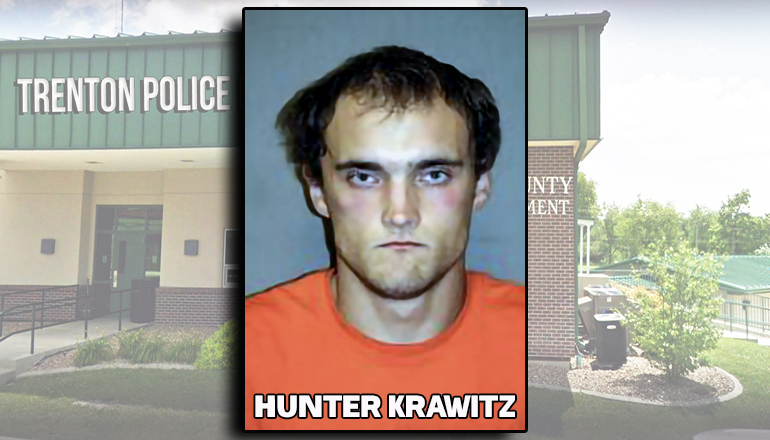 Another man has been arrested after allegedly breaking into and stealing items from a Grundy County business in February. The Grundy County Sheriff’s Office reports that 21-year-old Hunter David Krawitz of Spickard was arrested on April 7th.

Krawitz has been charged with the felonies of second-degree burglary, stealing $750 or more, and first-degree property damage. His bond was set at $15,000 cash only with special conditions of being supervised by North Missouri Court Services if bond is posted and having no contact with the victim or victims. He is scheduled for the Associate Division of Grundy County Circuit Court on April 12th.

They are also accused of damaging locks, chains, a printer, and glassware, which was the property of Brown doing business as Cash Flow Salvage, with a value of at least $750. They allegedly caused the damage by cutting and forcing entry into two structures.

Vandevender was arrested on April 6th. The sheriff’s office reported Bonine had not been arrested as of the morning of April 8th.