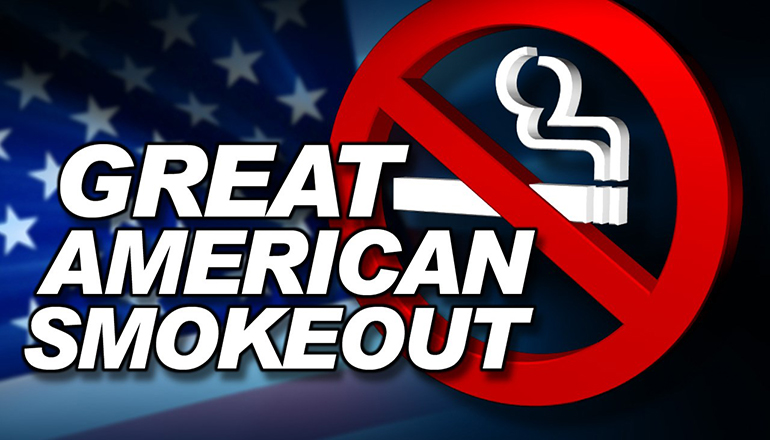 Every year, on the third Thursday of November, smokers across the nation take part in the American Cancer Society’s Great American Smokeout. Smokers are encouraged to use the date to quit or make a plan to quit smoking. By quitting – even for one day – smokers will be taking an important step toward a healthier life and reducing their cancer risk.

While the US smoking rate has dropped – down to 15.1%, according to the CDC – about 36,000,000 American adults, about one in six, are current smokers and 480,000 die every year from smoking-related illness.
Some smokers are able to quit cold turkey, but for many others, it is extraordinarily difficult and can take multiple attempts. It is estimated that each year, about one in ten smokers succeed in their attempt to quit. For that 90 % who fail, many are unaware of any options beyond “quit or die” if they really can’t or won’t quit smoking.
A growing body of US and International scientific studies find most modern smokeless products, including Swedish snus and e-cigarettes, to be significantly safer than cigarettes – around 95% safer. However, US officials, along with health institutions such as the CDC, have taken an abstinence-only approach. This effectively keeps smokers in the dark about safer alternatives, sending a “Quit or Die” message to the 36 million Americans who are current smokers. However, a significant and recent move by the FDA  indicates a new attitude toward tobacco harm reduction and relative risk at official levels.
Last July, The FDA’s new commissioner, Dr. Scott Gottlieb, announced a comprehensive new approach to tobacco – one that focuses on nicotine addiction, and that embraces tobacco harm reduction as a viable approach for adult smokers who struggle to quit. This strategy enables smokers to continue using nicotine, but reduce their risk by switching to safer forms of nicotine delivery.
A dedicated group of independent scientists and policy experts have been advocating for Tobacco Harm Reduction – some for decades, and are having a positive effect on the US and global tobacco/public health policy.  In the US, some of these experts include Dr. David Abrams, Scott D. Ballin, Dr. Lynn Kozlowski, Dr. Raymond Niaura, Dr. Joel Nitzkin, Dr. Brad Rodu and Dr. Kenneth E. Warner; in Canada, Prof. David Sweanor, and in the UK, Clive Bates, among many others.
Post Views: 185