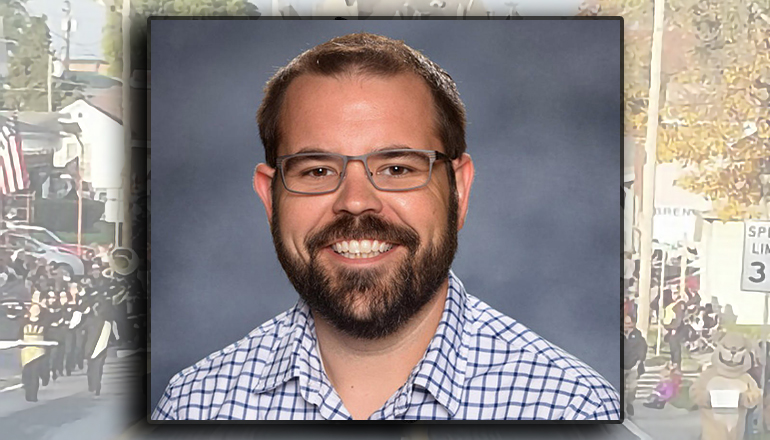 Judge Number 6 for the 2021 Missouri Days Marching Festival is Ryan Christian. He has extensive teaching experience in the public school system as a music educator. He holds a Bachelor of Music Education degree from Culver-Stockton College, a Master of Education in Administration from William Woods University, and a Master in Music Education from the University of West Georgia. Over his 16 years as a high school band director, his bands were very active in marching and jazz events regionally, consistently placing in the top three or receiving top honors in jazz festivals, parades, and field competitions.

Ryan’s marching bands have traveled and participated in several national events, including the 2006 State Street Thanksgiving Day Parade in Chicago, the 2008 Liberty Bowl Halftime in Memphis, Tennessee, with national recording artist Sara Evans. His band has also finished in the top 5 at the Battle of the Bands Marching Competition on World Famous Beale Street; the 2009 Pep Band performed at the Show-Me Games in Columbia, Missouri, in 2010 represented Missouri in the National Independence Day Parade in Washington DC, the 2012 Gator Bowl Halftime in Jacksonville Florida, the 2015 Big Bay Balloon Parade and Holiday Bowl Halftime Show in San Diego and the 2018 Alamo Bowl Halftime in San Antonio.

Christian has returned to his alma mater of Culver-Stockton to resurrect a marching band program that has been non-existent for over 50 years. Christian built a 40+ member college marching band for Culver-Stockton in one year of recruiting and debuted C-SC’s “Thrill on the Hill” Marching Band in September 2020.