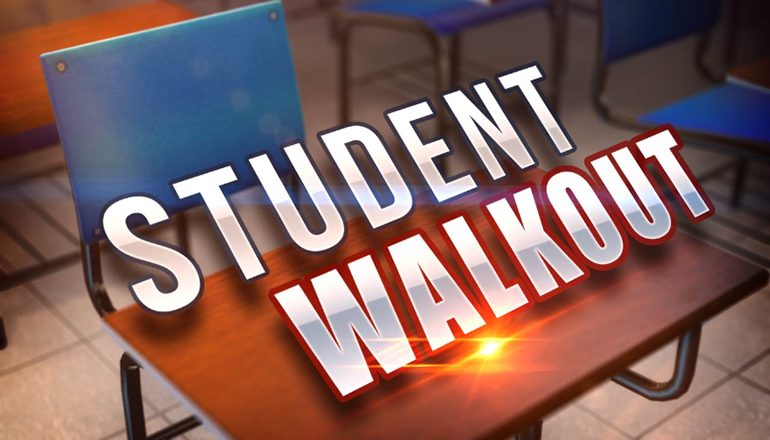 Superintendent Dan Wiebers reports the students went to the courtyard on the backside of the high school. He says administrators told the students to return to their classrooms, but they did not.

Wiebers notes the participants received the punishment laid out at the school board meeting Tuesday evening, which involved spending double the time they spent outside the classroom in in-school suspension.

High school junior Emma Gilham explains the students decided to continue with the walkout because that is the heart of civil disobedience. She says it showed that the students stood up for what they believed and added that she and the other participants accepted their punishment and were promptly taken to in-school suspension following the walkout.

Wiebers adds that the Trenton Police Department was present for the walkout and secured the campus.