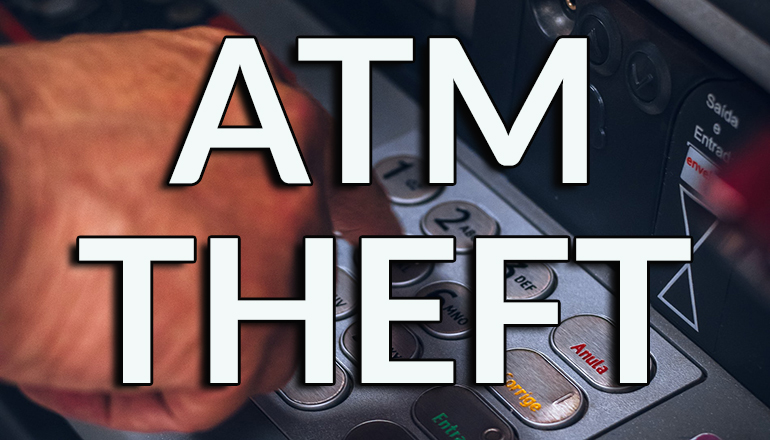 Six Houston, Texas, residents have been indicted by a federal grand jury for their roles in a conspiracy to travel across the country breaking into bank ATMs and stealing the money inside, including at least one theft in Kansas City, Missouri.

Deandre J. Gilliam, 19, Ladarious S. Thomas, 28, Jamarkus D. Bogany, 19, J’Korean K. Hadnott, 19, Ocatvious Q. Waiters, 20, and Clayton J. Brown, 21, were charged in a three-count indictment returned under seal by a federal grand jury in Kansas City, Mo., on June 23, 2021. That indictment was unsealed and made public upon the arrest and initial court appearances of Gilliam, Thomas, Bogany, Waiters, and Brown in the U.S. District Court in Houston. Gilliam, Thomas, Bogany, Waiters, and Brown are being held in federal custody in the Southern District of Texas pending a detention hearing in that district tomorrow.

The federal indictment alleges the defendants, along with additional co-conspirators not identified or charged in the indictment, participated in a conspiracy from Nov. 10, 2019, to March 6, 2020, to travel in groups or teams from Texas to other states, including Missouri and Kansas, to steal from banks by forcing open ATMs and stealing tens of thousands of dollars from the cash boxes.

According to the indictment, conspirators would steal a large pick-up truck for the theft. They attached tow chains with hooks to the pick-up truck, then searched for a suitable ATM to burglarize. After conducting surveillance and with some conspirators serving as lookouts, the indictment says, conspirators used pry bars or tow chain hooks to forcibly pry open or pry apart the ATM’s protective metal encasement. After the ATM had been opened or disassembled, the conspirators would then remove the ATM canisters containing cash. They then abandoned the stolen truck and traveled back to Texas.

The indictment alleges that all six defendants left Houston on March 5, 2020, and traveled to the Kansas City metropolitan area in three separate vehicles. Conspirators allegedly stole a Ford F-250 pickup on March 6, 2020, that was parked on the street in Fairway, Kansas. At approximately 5:30 a.m. the same day, the indictment says, conspirators, connected tow chains to the stolen Ford F-250 and to the door of an ATM at Chase Bank, 1614 E. 63rd Street in Kansas City, Mo. They used the force of acceleration from the truck to remove the exterior metal panel of the ATM, then removed canisters that contained a total of $150,220 from inside the damaged ATM. They abandoned the stolen truck in the parking lot of a nearby apartment building.

Later the same day, the indictment says, law enforcement officers in Montgomery County, Texas, spotted the three vehicles being driven by the defendants, who were traveling in tandem southbound on Interstate 45. Officers attempted to stop all three vehicles; Hadnott and Waiters pulled over to the shoulder, but the other vehicles attempted to flee from law enforcement. A Jeep Cherokee occupied by Brown and another, unnamed conspirator fled from officers at speeds between 80-115 miles per hour before it crashed and they were apprehended. A Chevrolet Impala occupied by Thomas, Gilliam, and Bogany fled from officers at speeds between 90-125 miles per hour before all three defendants fled from the vehicle on foot. Thomas, the driver, was taken into custody after a foot chase. With the assistance of air surveillance, Bogany and Gilliam were located and arrested. Gilliam was carrying a Spiderman backpack that contained approximately $72,385 (primarily in $20 bills). One of the Impala occupants dropped a duffle bag while running from the police. This bag was retrieved by an unknown female before police officers could recover it.

The federal indictment charges each of the defendants with one count of conspiracy, one count of bank theft, and one count of transporting stolen property across state lines.