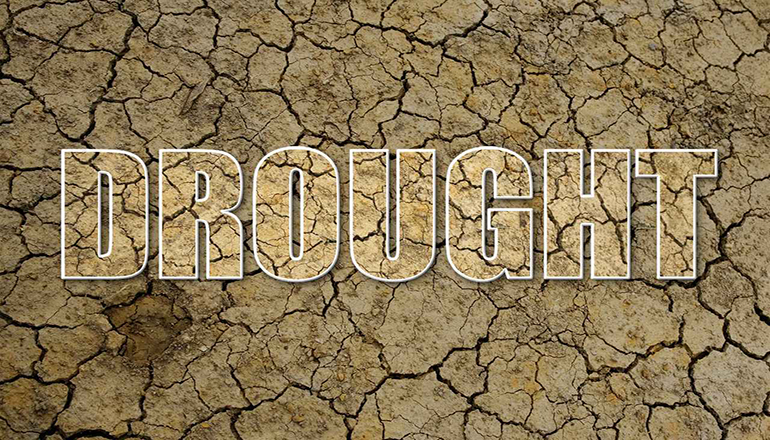 (Missouri Independent) – Almost all of Kansas and nearly half of Missouri are in severe enough drought to activate a federal program meant to help ranchers who have lost grazing acres for their herds, triggering millions of dollars in assistance.

Eighty-five of Kansas’ 105 counties have been eligible for the U.S. Department of Agriculture’s livestock forage program, which offers cash assistance to ranchers in severe, extreme or exceptional drought. In Missouri, 47 counties are eligible as of last week.

Kansas and Missouri — along with most of the U.S. — are plagued with a stubborn drought that the state’s two governors have declared to be an emergency. Most of southern Kansas is in extreme or exceptional drought.

“Every day you go out and within five minutes, your ears, your nose, and your mouth are full of dust,” said Dennis McKinney, state executive director for the Kansas Farm Service Agency and a rancher. “It just gets very discouraging.”

Kansas has been in drought for months. The livestock forage program has been activated in some counties for nearly a year, and all 105 counties are on a drought watch, warning, or emergency under an executive order signed by Gov. Laura Kelly.

Over the summer, dry conditions spurred Missouri Gov. Mike Parson to declare a drought alert in 53 Missouri counties south of the Missouri River. Within a matter of weeks this summer, 40 counties had become eligible for the USDA program. Another handful joined them earlier this month.

In Kansas, McKinney said, the service ended its fiscal year last month having processed more than 7,700 applications for relief, totaling more than $45 million.

The cash assistance helps ranchers whose grasses have dried up to purchase hay to feed their cows or lease grazing areas.

The year before, McKinney said, only the northwest corner of the state was in serious drought. In a normal year, his office processes less than 1,000 claims for under $1 million.

Missouri’s Farm Service Agency did not return a request for comment.

The current drought is not yet as bad as a record 2012 drought that killed a million cattle in Kansas, Texas, and Oklahoma, but if things don’t change, it will be, McKinney said.

He didn’t have figures on how many cattle have died as the result of the drought, but McKinney said there have been far more sent to slaughter because ranchers were out of grass and didn’t want to pay the high prices for feed.

“Some ranchers are determined to maintain the core level of their herd and feed through this drought,” McKinney said, “because they know replacing it, rebuilding it with the right genetics later is very expensive.”

McKinney said ranchers are experiencing severe stress, and his agency is asking county offices to post information about community mental health centers and to prepare to distribute information on the new 9-8-8 suicide and crisis hotline.

“If you’re struggling, you’re not alone,” he said, “and it doesn’t mean that you’re a bad producer.”