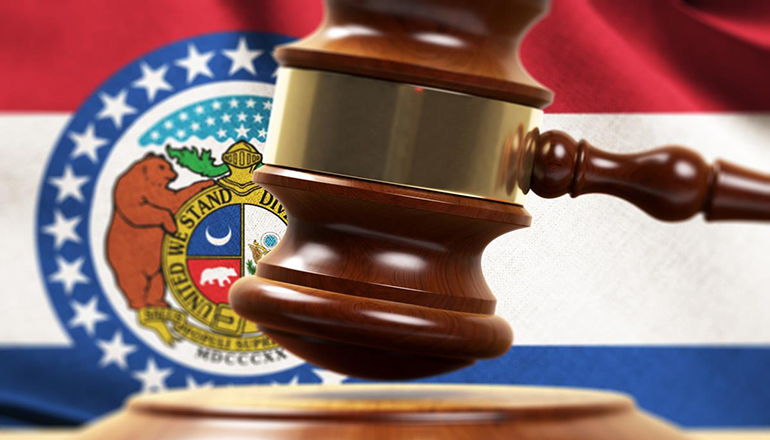 Several bills become law today that the Missouri Legislature passed during the second regular session of the 100th General Assembly. Here is a snapshot of the top bills approved by lawmakers and signed by Gov. Mike Parson:

House Bill 1963 is a sweeping transportation bill allowing motorcycle drivers 26 years and older to go helmetless if they have their own health insurance. It requires insurance to cover medical costs for injuries from a motorcycle crash. Under the plan sponsored by Representative Travis Fitzwater, R-Holts Summit, motorcycle passengers would still be required to wear a helmet.

St. Louis Representative Jim Murphy’s bill will let long-term care center patients put electronic monitoring devices in their rooms. Murphy, a Republican, tells Missourinet House Bill 1387 allows devices like video cameras to be placed within patient rooms at Missouri nursing homes, assisted living centers, and mental hospitals. Under the plan, a visible sign must be placed in rooms where monitoring is occurring. Murphy says he thinks the devices will help to address potential abuse and neglect and help families stay in contact with their loved ones during the COVID-19 pandemic. Anyone featured in a recording must approve of the release of the recording unless the information is being given to law enforcement for investigative purposes.

House Bill 1414 is comprehensive legislation about Missouri’s foster care system. It requires the creation of a response team to review the practices of the state Children’s Division and any contractors. The package gives Missouri’s homeless kids access to a free birth certificate and provides them with Medicaid health coverage. Representative Sheila Solon, R-St. Joseph is sponsoring the proposal ensuring foster parents have access, at the time of placement, to full medical records of a child placed with them. It also clarifies that a child’s attendance in court hearings should only take place when the judge and family support believe it is in the best interest of the child.

Former state Representative David Wood, R-Versailles, is the sponsor of a wide-ranging healthcare bill allowing pregnant Missouri women on Medicaid to have access to mental health services for postpartum depression or related conditions for up to an additional 12 months. Previous law gave the benefits to eligible mothers for up to 60 days after giving birth. The extra help depends on the state budget and federal approval.

Sen. Andrew Koenig, R-Manchester, sponsored legislation streamlining Missouri’s testing process for sexual assault evidence kits and it creates a statewide task force aimed at protecting the rights of assault victims. Senate Bill 569 requires the state to create a centralized place to store untested rape kits and requires those kits to be stored for at least five years. Missouri has about 6,800 untested rape kits.

Senate Bill 591 puts new limits on punitive damages in liability lawsuits. It allows juries to award punitive damages only when plaintiffs prove by clear and convincing evidence that defendants “intentionally harmed” someone without just cause or acted with “deliberate and flagrant disregard for the safety of others.” The business-friendly measure is sponsored by Sen. Bill White, R-Joplin.

Lawmakers passed changes to the state’s new medical marijuana industry. The FBI informed the state health department, which regulates the industry, that the Missouri agency will not have access to its national fingerprint background check database. Representative Lane Roberts, R-Joplin, says his legislation will clear up that problem.