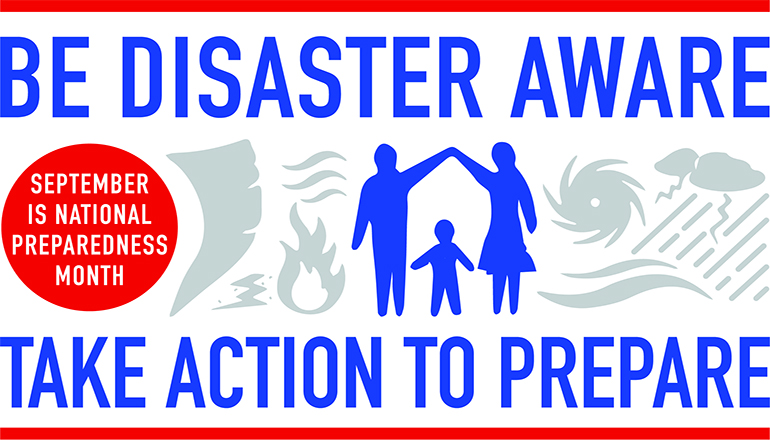 September is National Emergency Preparedness Month and Grundy County Emergency Management Director Glen Briggs says this month’s purpose is to promote preparedness for emergencies that may strike in communities and get persons thinking about what they would do in an emergency.

Information regarding emergency preparedness is included in the Grundy County Emergency Operations Plan which is updated each year and is currently being rewritten by Grundy County Deputy Emergency Management Director Matt Walker to modernize it.

Briggs explains the job of an emergency management director is to plan for disasters, prepare the county emergency operation plan, oversee the operations of the Emergency Operations Center, and be a liaison between the county, state, and federal government as well as all emergency responders.

The primary Emergency Operations Center for Grundy County is the Trenton Fire Department with the alternate the Law Enforcement Center in Trenton.

Briggs encourages residents to have a weather radio and an emergency kit in their home and says the kit should include what would be needed to survive the first 72 hours following a major disaster, including a first aid kit, food, and water.

Briggs also encourages residents with cell phones to sign up for the Grundy County mass notification system at grundymoalert.com. The free notification system can alert residents of things like boil advisories, shutdowns of roads, utility notices during power outages, burn bans, and other emergencies.

The Everbridge app and other emergency preparedness mobile apps can also be downloaded on cell phones.