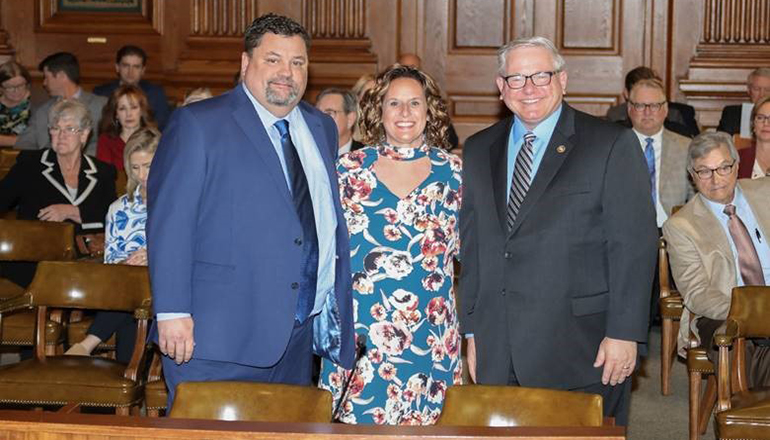 State Sen. Dan Hegeman, R-Cosby, is proud to sponsor a resident of the 12th Senatorial District who will serve on the Missouri State Fair Commission.

Byron Roach of Cameron has spent the past 11 years as vice president of public relations and special projects at the Northwest Power Cooperative in Cameron and has been employed by Northwest since 2000.

“Byron is a high-energy candidate for this position, and I know he’ll do a great job,” Sen. Hegeman said. “Like most Missourians, he enjoys the state fair each year and has an understanding of what the commission needs, plus how the commission can help meet needs in the future. Best of luck to Byron and all the wonderful people on the State Fair Commission.”

Roach will serve a two-year term, which is set to expire in December 2023. Roach’s nomination was heard by the Missouri Senate Gubernatorial Appointments Committee on Jan. 12. The full Missouri Senate confirmed his appointment the following day.