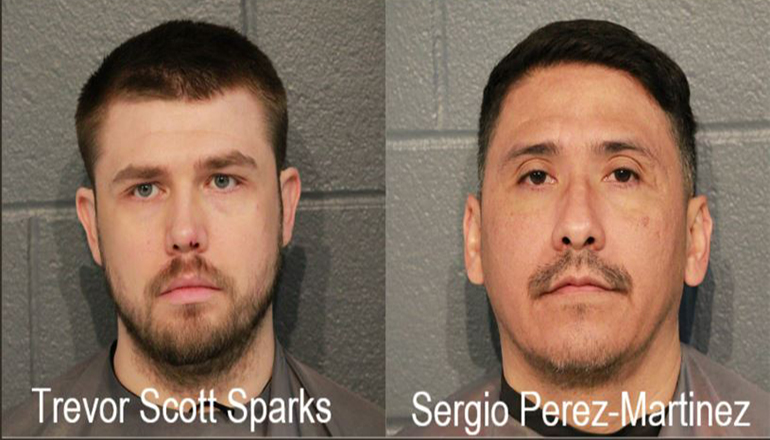 A criminal complaint was filed today in the Western District of Missouri Federal Court charging two individuals with escaping confinement and a third individual with assisting them.

Trevor Scott Sparks, 33, Kansas City, MO, and Sergio Perez Martinez, 43, Panorama City, CA, were charged in a two-count criminal complaint with an escape from confinement and aiding or assisting in escape from confinement.  A third individual, Steven Lydell Williams, Sr., 64, Kansas City, MO, was also charged in the complaint with a single count of aiding or assisting in the escape.

At the time this article was published, Sparks and Perez Martinez remain at large. Williams, Sr. is scheduled to make his initial appearance before a federal Magistrate Judge this afternoon and will remain in federal custody pending a detention hearing next week where the United States will argue for his continued pretrial detention pending resolution of the charge.

Anyone with information regarding the two escaped individuals are urged to contact law enforcement or the TIPS hotline at (816) 474-TIPS, 1-800-Call-FBI, or online at tips.fbi.gov if they wish to remain anonymous.  The U.S. Marshals is offering a $5,000 reward for each individual for tips that lead to their capture. To receive the U.S. Marshal’s reward you must contact them directly at (816) 512-2000.

This case is being prosecuted by Assistant U.S. Attorneys Bruce Rhoades and Robert Smith. It is being investigated by the United States Marshal Service, the Federal Bureau of Investigations, the Kansas City Police Department, and the Cass County Sheriff’s Department with other law enforcement agencies also assisting.