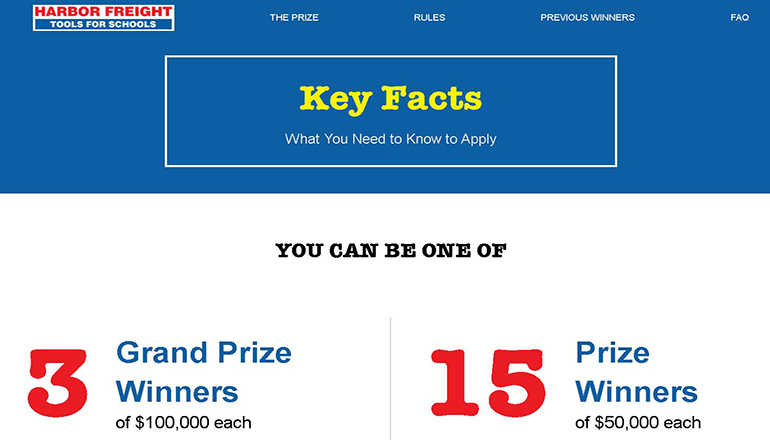 An agriculture teacher at Schuyler R-1 Schools in Queen City is one of 50 teachers and teacher teams from the United States named as finalists for the Harbor Freight Tools for Schools Prize for Teaching Excellence. Coley Hanes, the other teachers, and their trades programs are in the running for a share of $1 million in total cash awards.

An independent panel of judges from a field of more than 600 skilled trades teachers who applied for the prize chose Hanes and the other teachers. The finalists come from 23 states and specialize in trades including manufacturing, welding, construction, automotive, agriculture mechanics, and technical theater.

Hanes grew up on a diversified family farm in southern Iowa before becoming a middle school and high school teacher at Schuyler R-1. A news release says he is a fourth-year educator and emphasizes student-driven, project-based learning in his classroom, which incorporates animal systems, agribusiness, electrification, plumbing, engine mechanics, and welding.

Hanes’s students have a record of passing certifications, pursuing technical college degrees, and starting well-paying careers in Schuyler County, where it is noted the average income is below the poverty line. Hanes has sent 12 students to the Missouri Welding Institute, and all graduated to explore welding careers in different states or at Schuyler County businesses.

Hanes was a finalist for the 2019 Harbor Freight Tools for Schools Prize for Teaching Excellence.

The finalists will advance to a second round of competition, where they will be asked to respond to online expert-led video learning modules designed to solicit their insights and creative ideas about teaching practices. They will be asked how ideas from the modules might be used to inspire students to achieve excellence in the skilled trades.

Two rounds of judging by separate independent panels of reviewers will narrow the field to 18 winners and the naming of three teaches as grand prize recipients. The winners will be announced in October.