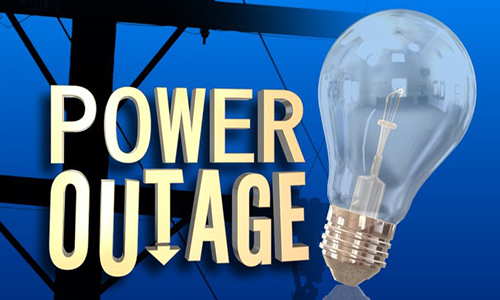 Trenton Municipal Utility customers in north-central Trenton lost power for about four and one half hours Saturday night.

Trenton City Administrator and Utility Director Ron Urton said an Evergy line sagged down onto one of TMU’s lines causing a breaker to open. Urton reported the breaker would not close because there was electricity back-feeding onto the circuit. TMU crews had a difficult time locating the problem in the dark.

The boundaries of the outage were generally 28th Street on the north, Highway 65 on the east, 9th Street on the south, and Princeton Road and Harris Avenue on the west. Urton said the exact number of customers losing power was unavailable, but there were several. He noted a few customers had power restored about an hour before the others.

Urton said he appreciates everyone’s patience and assistance in helping to locate the problem and expressed appreciation to electric crews for working on power outages Friday night and Saturday night. He was also appreciative of Grundy County Emergency Manager Glenn Briggs for sending out public information notices to residents in the affected area.

The Grundy County Emergency Management Facebook page had updates during the loss of electrical service and has a U.S. Department of Agriculture guide sheets available about food safety during a power outage. The website also contains information on when to keep or discard various foods kept in refrigerators and freezers.

An Evergy spokesperson indicated a few of its customers in Trenton lost power on Saturday night, but details were not available as to the total number of customers affected.