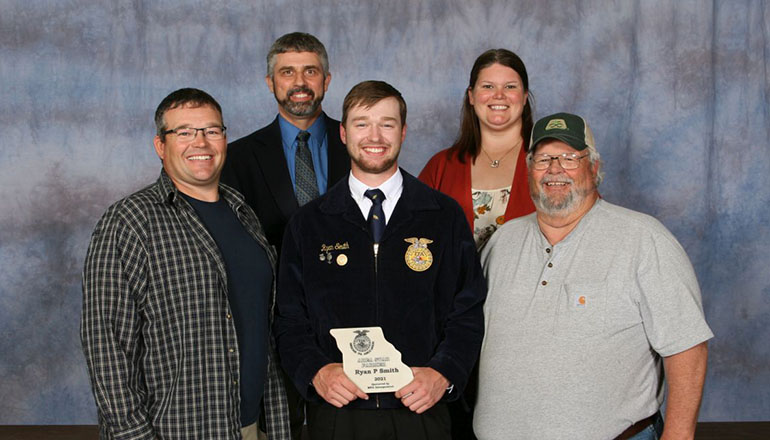 The Missouri FFA Association recognized Ryan P. Smith of the Milan FFA Chapter as the Area 3 Star Farmer at the 93rd Missouri FFA Convention. His parents are Bradley and Jenny Smith of Harris. His advisors are Jarred Sayre and Cassie Cowles.

Area Star Farmers are chosen based upon outstanding production agriculture in the student’s supervised agricultural experience program and active participation in FFA. Area 3 includes 24 chapters in the Northeast District.

After graduating high school, Smith’s plans include attending North Central Missouri College, Trenton, to study animal science and agricultural business. Smith said his goal is to obtain employment in the agricultural field and continue working on the family farm.