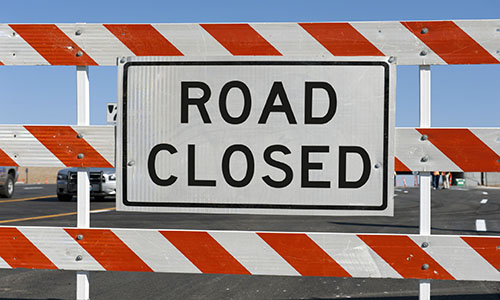 The long-anticipated replacement of the Log Creek Bridge south of Kingston is about to begin.

During a routine inspection during the fall of 2014, the bridge was shown to have significant, critical deterioration which prompted the immediate closure of the bridge. Erecting temporary support structures for the bridge and installing temporary traffic signals allowed the bridge to reopen as a one-lane bridge.

Contractors from Phillips Hardy, Inc. of Boonville, Missouri, working with the Missouri Department of Transportation, plan to close the road to all traffic at the bridge over the Log Creek just south of Kingston at approximately 8 a.m. on Monday, August 1, 2016, to begin the bridge replacement process.

Workers may be present at the site, and along the detour route, prior to the closure, in order to set up traffic control signing. The contractor hopes to have the bridge reopened by the middle of November.

The bridge, built in 1930, carries approximately 2,500 vehicles per day. During the project, motorists will be directed over a signed detour on U.S. Route 36, Interstate 35 and Route 116.

All work is weather permitting and schedules are subject to change.