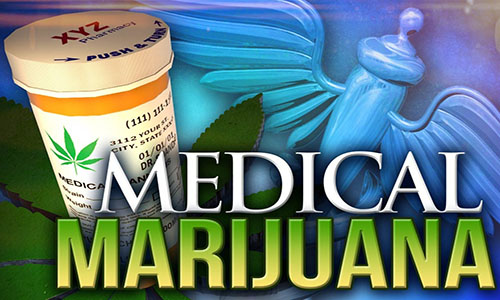 (Missouri Independent) – In a rare move, a Missouri commission granted a medical marijuana license to an applicant after discovering irregularities with how state regulators evaluated applications.

The Missouri Department of Health and Senior Services (DHSS) decided to forgo appealing the ruling, announcing Tuesday that it had reached a settlement with the jilted applicant to end the litigation.

The Missouri Administrative Hearing Commission on Dec. 28 granted NWGMO LLC a license to operate a marijuana cultivation facility. The commission’s decision came after testimony and evidence portrayed Missouri’s system for deciding who gets medical marijuana licenses as a rushed process informed by “intentionally vague guidance” with no opportunities to review the work for problems.

The commission’s decision, reported for the first time by The Missouri Independent and the Midwest Newsroom, surfaced new criticisms of how DHSS and a contractor it hired handled the scoring for thousands of medical marijuana license applications.

Medical marijuana instantly became big business in Missouri after voters passed a constitutional amendment allowing it in 2018. Competition for licenses became fierce when the state capped the number of applications it would approve, and the NWGMO decision gives rare public insight into how the decision-making process played out.

Hundreds of applicants have complained about the state’s evaluation process. There are more than 500 pending appeals of rejected licenses with many focusing on the work done by Wise Health Solutions, the firm DHSS picked to outsource the scoring of applications. Wise Health Solutions is a joint venture of Nevada-based Veracious Compliance Solutions and Oaksterdam University, an unaccredited college that claims to be the first institution in the United States that teaches a cannabis-based curriculum.

So far Wise Health Solutions has been paid more than $2 million by the state. NGWMO argues that what Missouri got for that money was a rushed and spotty evaluation process.

DHSS rejected NWGMO’s application in 2019 after Wise Health Solution’s evaluation did not score the company’s proposal high enough to receive one of the 60 cultivation licenses that Missouri would allow. Much of NGWMO’s appeal was based on the fact that it submitted two licenses with identical answers to questions that still received different scores, even though Wise Health Solutions’ own training manual said such an instance should never happen.

NWGMO is affiliated with Nature’s Grace and Wellness, whose website says it has operated a medical marijuana enterprise in Illinois since 2014. Its appeal gathered testimony from top officials from DHSS and Wise Health Solutions, as well as a former contractor involved in the scoring process.

Christopher Jacobson was hired by Wise Health as a contractor to help evaluate applications, looking over more than 1,000 between October 2019 and January 2020.

He testified in a sworn declaration that his supervisor sometimes pushed him to meet deadlines and that although the process called for him to be able to review his work for mistakes, that never happened.

Jacobson admits making mistakes in reviewing NGWMO’s application when he scored the same answers differently. Asked about giving nearly identical answers a “10” on one application and a “seven” on another, Jacobson said: “If I had been asked, after submitting/uploading the scores, to self-correct the inconsistent scores as to these answers, I would have given both respective answers a 10.”

Jacobson took no notes to explain the discrepancies in his scores. That jibes with the training manual created by Wise Health that explicitly discouraged scorers from taking notes, with the caveat, “notes are not required (and not advised) unless you feel you must ‘explain’ an outlier or a redaction.”

The administrative hearing commission’s ruling noted that “none of the individuals scoring NGWMO’s cultivation applications made any substantive notes regarding the details of their specific scoring criteria.”

The training manual also says it is of “utmost importance” that applications be scored consistently and that multiple applications containing the same answer should never receive a different score.

Dale Sky Jones of Oaksterdam testified that Wise Health did not second guess the individuals tasked with scoring applications, saying there wasn’t much room to go back and check for consistency because the company was under a “time crunch.”

Asked during a sworn deposition why a review of scores wasn’t conducted to increase the chances a scorer would catch and correct inconsistencies, Jones replied: “You’d have to ask the state that.”

Amy Moore, deputy director of the medical marijuana program, testified that the state left scoring entirely up to Wise Health. The state didn’t review Wise’s scoring, Moore testified, in order to ensure impartiality and confidentiality in its scoring system.

Moore contends that changing inconsistent scores on its own, “would have just completely destroyed half of the system if we decided to apply our own judgment and anything that’s influencing us.”

Instead, the administrative hearing commission concluded, the state “accepted Wise’s scoring as accurate and performed no review of the scores for variances.”

Under questioning, Jacobson could not articulate an objective metric that he used to score applications, the administrative hearing commission determined.

“All I remember, it was overall,” Jacobson testified. “Kind of an overall picture of everything they were doing combined and, you know, with their – I think it was a security question or something like that.”

Jacobson failed to articulate rigid criteria for scoring, the commission said, “because he did not use one.”

“Unsurprisingly, Jacobson could not articulate a rigid formula to ascribe to his grading criteria,” the administrative hearing commission said in its ruling. “And we suspect he never could, even while he was performing scoring. He applied his own subjective experience and did his best to be consistent while performing the immense task of scoring over 1,000 applications with intentionally vague guidance.”

The state tried to argue Jacobson’s testimony was not credible. But the administrative hearing commission roundly rejected that claim, noting that state regulators chose Wise Health to perform its scoring and admitted Jacobson had the expertise needed to grade applications.

“This is the system the department created,” the commission’s ruling concluded, “and it cannot say now that Jacobson is not credible.”

Lisa Cox, spokeswoman for the Department of Health and Senior Services, said there were initially 857 appeals filed with the administrative hearing commission over rejected medical marijuana licenses, with 529 still pending.

“The reduction by more than 300 is primarily due to cases being resolved in favor of the department, either by favorable decision upholding the denial of licenses or through dismissal by petitioners,” she said.

The administrative hearing commission has previously only overruled DHSS and awarded licenses on three occasions.

Last year, the commission awarded Heya LLC two cultivation licenses for Kirksville and Excello on the grounds of scoring errors in the original application process. The state appealed the decision, but eventually settled and issued Heya two licenses.

In each instance where the administrative hearing commission awarded a license, “the department, through good faith discussions with these petitioners, settled the matters and will work with each of them to operationalize their facilities as soon as possible,” Cox said in an email.

In 2020, counsel for Missouri House Democrats wrote a memo that accused Wise Health Solutions of having conflicts of interest, but went further and alleged DHSS and the office of Gov. Mike Parson of improperly influencing the medical marijuana program. Parson denied the allegations.