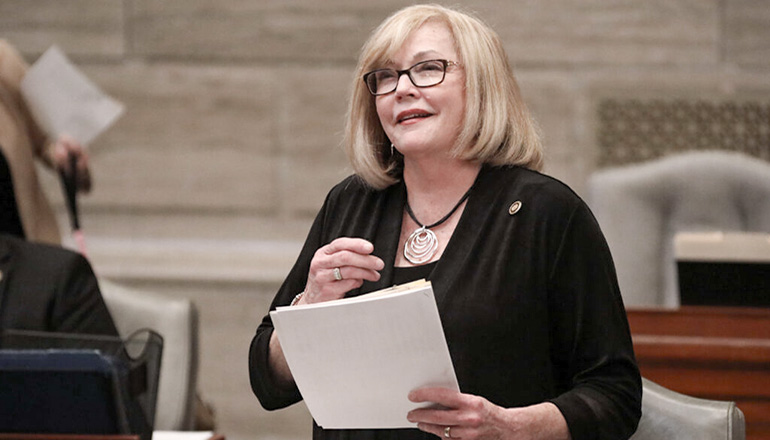 (Missouri Independent) – In May, a bipartisan proposal to extend postpartum Medicaid coverage for low-income women in Missouri to a full year after they’ve given birth was close to gaining approval from the state legislature.

But as the legislative session came to a close, the bill became collateral damage in the Republican Party’s bitter infighting, between the seven-member conservative caucus and the 17 Republicans generally aligned with leadership.

Four essentially identical bills have been filed in the House, with sponsors that include Majority Leader Jonathan Patterson, R-Lee’s Summit.

The legislative session will begin on Jan. 4.

The bill takes advantage of a provision within the American Rescue Plan Act passed by Congress in 2021 that allows for states to extend postpartum coverage.

Medicaid covers pregnancy and postpartum care for women with incomes up to 196% of the poverty guideline, but it ends 60 days after a birth.

Since then, 26 states and Washington D.C. have extended coverage, including Kansas, Georgia, and Tennessee, according to the press release.

When Gannon filed this legislation last year, both the Senate and House versions of the bill faced no opposition in committee, with organizations like Planned Parenthood, Missouri Right to Life, and Kids Win Missouri all testifying in support.

Missouri has the 8th highest maternal mortality rate in the country.

A multi-year report analyzing maternal mortality in Missouri published in August found that women on Medicaid are eight times more likely to die within one year of pregnancy than their counterparts with private health insurance.

It also found Black women in Missouri were three times more likely to die within a year of pregnancy than white women.

The annual report published by the Missouri Department of Health and Senior Services and compiled by the state’s Pregnancy-Associated Mortality Review board assessed maternal deaths from 2017 to 2019.

It found that each year an average of 61 Missouri women died while pregnant or within one year of pregnancy, putting the state’s pregnancy-related mortality ratio at 25.2 deaths per 100,000 births. Overall, 74.5% of deaths were determined to be preventable — with a little over half of those deaths occurring between 43 days and one year postpartum.

The report found disparities continued to persist in which women are at a higher risk of dying during or after childbirth.

Among the top recommendations outlined in the report was for the state legislature to extend Medicaid coverage for pregnant Missourians to one-year postpartum — what lawmakers failed to accomplish this past legislative session.

Meanwhile, a bill passed in 2018 by lawmakers to authorize the extension of Medicaid benefits to a year postpartum for women with substance use disorders was quietly paused by the Department of Social Services earlier this year.

Missouri’s maternal mortality rate has increased since the early 2000s, and August’s report underscores the state’s abysmal ranking which has previously been in the bottom quarter of states nationwide.

“Too many children in Missouri are growing up without mothers, who suffered a preventable death,” said Dr. Daniel Jackson, maternal-fetal Medicine fellow of the American College of Obstetricians and Gynecologists and former chair of the Missouri PAMR Board in the press release. “Expanding Medicaid coverage through one full year postpartum would substantially reduce maternal mortality across the state.”

(Photo: Sen. Elaine Gannon has again filed a bill to provide Medicaid coverage to low-income women for up to a year after they give birth. (Photo courtesy of Senate Communications)