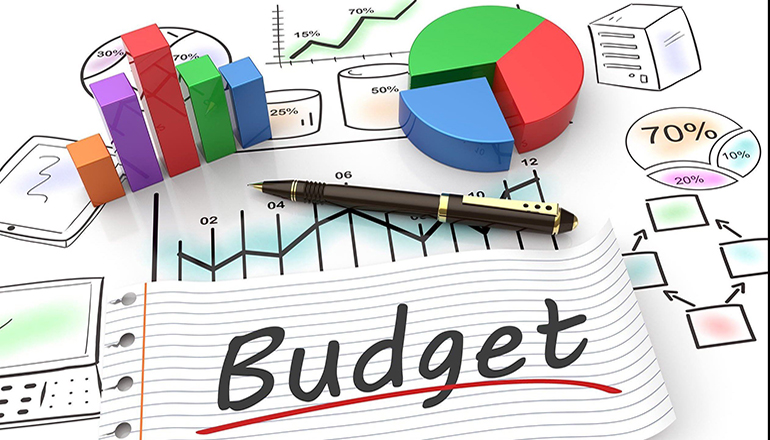 (Missouri Independent) – Most of the enormous surplus accumulating in Missouri’s general revenue fund will be off-limits to members of the House Budget Committee when it prepares the fiscal year 2023 spending plan for floor debate.

Gov. Mike Parson’s $47.3 billion budget proposal projects a $1.6 billion general revenue surplus at the end of June 2023. But the House balancing rule requires any new or increased spending proposed by members to be accompanied by a cut from somewhere else within the budget as proposed.

There are, however, items in Parson’s plan where cuts would provide large sums without impacting immediate state operations. He’s asking lawmakers for three spending items, totaling $850 million from general revenue, that could become targets.

The largest is a $500 million cash infusion to the Missouri State Employees Retirement, or MOSERS, fund to lower long-term payroll contributions. Another is $250 million for the Cash Operating Expense Fund, essentially a savings account that can be tapped in the future. The smallest is $100 million for early payments on state debts.

And there’s no dearth of ideas for extra spending. Colleges and universities, which would receive a 5.3% increase in basic support, should get more, said Rep. Peter Merideth, ranking Democrat on the House Budget Committee.

The state finds ways to increase the stock of low-income housing, Merideth said, as well as increase funding for local transit agencies to provide fare-free services.

But all of that will have to be done within Parson’s proposed budget, and Merideth said the difficulty of planning for the markup sessions is that House Budget Chairman Cody Smith, R-Carthage, hasn’t revealed his ideas for changes.

Smith did not respond to messages seeking comment for this story.

“If there is one thing we can predict with confidence about Rep. Smith, his mission is to reduce spending even when we have more money,” Merideth said. “I think he is in an uncomfortable position right now because he doesn’t want us to grow our budget.”

Lawmakers return to work Monday with seven weeks to pass spending bills. Smith has not scheduled committee votes, but Merideth said he expects them to come the week lawmakers return. Floor debate would take place the following week.

On the Senate side, the Appropriations Committee finished listening to budget presentations from state agencies last week. The committee will be working on its proposed changes – which are not limited by any balancing rule – while it awaits the House plan, Chairman Dan Hegeman, R-Cosby said.

While budget bills are the only things lawmakers must pass each year, the state Senate is locked in factional fighting that has limited work on legislation. Hegeman hopes there are no delays in House consideration of the budget, which would tighten his deadlines.

“It is always nice to have it sooner than later,” he said.

Missouri has never been in a better cash position.

At the end of February, the general revenue fund balance stood at $2.9 billion, almost eight times the balance just two years ago. That is also the amount Parson’s budget projects will be on hand on June 30, when the current fiscal year ends.

But tax receipts, which official projections expect to decline about 2.1%, are up more than 4% for the fiscal year as of March 10. The two biggest sources, income and sales taxes, are doing much better than expected, with income taxes almost flat instead of declining almost 3% and sales taxes growing at a 16.4% rate compared to a projected 12%.

If that trend continues, it could add another $300 million to the year-end surplus.

The state also has $1.34 billion in federal coronavirus relief funds from the American Recovery Plan Act — and can expect $1.34 billion more.

There are also various other funds, providing another $1.3 billion, that can be spent in the same ways as general revenue.

The coming budget will also recognize the first of two planned increases in the state gas tax, as well as the state’s annual share of the $1.2 trillion federal infrastructure bill that will pay for transportation and public water projects.

Programs that Parson hoped would see large increases include health care providers, who are slated for $955 million in state and federal funds to increase Medicaid payments, including $317.8 million for home-based care and $215.6 million for nursing homes.

Overall, the Medicaid program, expected to cost $13.7 billion this year after supplemental appropriations, is slated to increase to $16.7 billion in the coming year.

Another large item that will add to the increased spending is $722 million for childcare providers, with help for struggling centers to stay in business and money to help parents pay for care.

Parson’s budget for the coming year also includes $236 million in the coming year to continue the pay raises that began March 1 for state employees. There is no increase in basic school funding through the foundation formula, but increased sales tax collections for an earmarked fund are expected to provide nearly $200 million more, or about $200 per pupil, for districts.

Merideth called Parson’s budget “a really reasonable starting place.” There are many items Democrats will support, he said.

“It really recognizes the funds we have and the need to spend them,” he said. “One of my concerns is that we’re going to have a House that cuts a whole lot of that important new funding out.”

The 14 spending bills for the fiscal 2023 operating budget have all undergone a first review by subcommittees, where some changes that must be ratified by the full Budget Committee have been recommended.

Parson’s proposed budget spends all $1.34 billion in American Rescue Plan funds on hand. The big items include $468.9 million for building projects on 26 college and university campuses, $400 million for broadband access, $126.1 million to modernize the state’s computing systems, and $104.7 million to build a new public safety crime lab in Jefferson City.

Rep. Doug Richey, chairman of the subcommittee that looked at those plans, recommended cutting $375 million, ranging from $185,000 for an “automotive transformation study” by the Office of Administration to $100 million from funding for the State Emergency Management Agency.

His proposal, adopted for presentation to the Budget Committee, uses $335 million of the savings on projects that include $80 million for industrial site development, $80 million for restoration and repair of municipal buildings constructed by the WPA in the 1930s, and $88 million for a new Missouri State Highway Patrol academy.

Other proposals from Richey’s committee moved $15 million to funding grants for small businesses in rural areas or owned by women and minority entrepreneurs, and $100 million to lead pipe abatement projects in smaller communities.

During a meeting last week, Richey told members there was money left and that his proposed cuts are to bring amounts in line with what could be spent in the coming year.

For example, when asked about a $29.3 million cut to money to develop the Rock Island Trail, Richey noted that $40 million remained, enough to do some of the most expensive work that is needed.

“It is not an intended message of a lack of interest on my part, but there are priorities I think are more important in my estimation,” Richey said.

Other recommendations going to the full committee show antagonism toward agency actions. Public Safety, Corrections, Transportation and Revenue subcommittee Chairman Don Mayhew sent forward a recommendation to cut $145 million from the Department of Transportation budget. The amount includes $45 million from general revenue for bond payments on Parson’s program to repair 250 bridges and $100 million from another unrestricted fund slated for low-traffic rural routes.

The Highways and Transportation Commission is suing the state to determine how much, if any, control lawmakers have over the state road fund. So the department can find the money for the debt in its own coffers, Mayhew said in an interview.

The particular issue is pay raises that would exceed the amount lawmakers allowed this year for department payroll. A decision is pending in Cole County Circuit Court.

And, Mayhew noted, the five-step gas tax increase will mean more money every year along with a big increase in federal highway funding.

“Now they have a revenue source, so why do they need the $45 million out of general revenue?” Mayhew said.

Forcing the department to tap the road fund for bond payments violates the pledge made in 2019 that debts for the $301 million program would be paid from general revenue. The bond documents state the debt is payable “solely from pledged revenues” and if those revenues are not provided, bondholders “may not look to any general or other funds” for payment.

Mayhew said he expects he will have to defend the recommendation against charges he is putting the state’s credit rating in jeopardy.

“I am certain,” Mayhew said, “there is going to be a little bit of talk around about how the world is going to be coming to an end and buses are going to be falling through bridges and all of those things.”