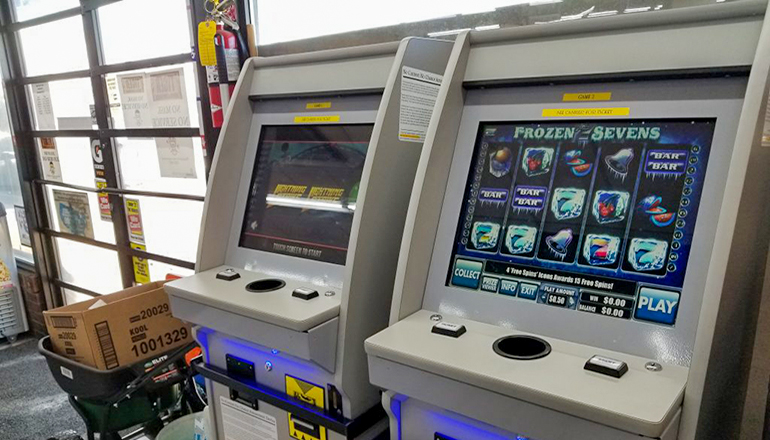 The report, prepared by Morowitz Gaming Advisors LLC and Global Gaming & Hospitality Capital Advisors LLC and paid for by companies that hope to become game vendors, estimates net public revenue of $1.1 billion in the first five years. The latest version is an updated estimate initially produced in advance of the 2021 legislative session.

In comparison, sports betting, supporters said last week during a hearing of the House Special Committee on Public Policy, will generate $10- to $15 million annually, or less than $100 million over five years.

That is the conclusion of the report commissioned by the MO Coalition for Video Lottery.

“Based on the experience of other states which have legalized (video lottery terminals) or (video gaming terminals), as well as sports betting, nearly all incremental taxes would come from the VLT program,” the report states.

The report on video lottery revenue is the latest evidence that an uneasy marriage last year that combined proposals for expanded legal wagering through sports betting and a state-run video lottery is now a messy divorce of go-it-alone efforts.

It is hard to know which idea currently has an edge with lawmakers. The sports wagering bills got the first hearing, but a vote scheduled for Monday was put off over issues committee members have with some of the provisions that favor the casinos and professional sports teams backing the proposal.

The vote has been rescheduled for Wednesday.

The changes that must be made include more money to help problem gamblers, a fee on transactions that would benefit the communities where gamblers live and caps on deductions taken before the casino profits are taxed, said Rep. Scott Cupps, the committee’s chairman.

“All the promotions can be taken off before revenue is figured, and we would like to see some checks and balances on that,” said Cupps, R-Shell Knob.

This year’s proposals on sports wagering are backed by all the state’s major sports teams and all but one of the casino operators. Promoters didn’t want their issue tied to video lottery and definitely want separate bills this year, Bill DeWitt III, president of the St. Louis Cardinals, said during the hearing.

“Typically what’s happened in the legislature here is that sports wagering legislation has been combined with VLT legislation, which is video lottery terminals, slot machines, aka, and our friends in the casinos feel very strongly that any form of VLT expansion would harm their business and they and others have worked to kill those combined bills in previous sessions,” DeWitt said.

And supporters of video lottery are doing everything they can to kill the sports wagering bill.

“The legislation is a big money grab for the professional sports teams, casinos and the sports operators,” said Andy Arnold, lobbyist for J&J Ventures, one of the game vendors.

Backers of video lottery games want to convince lawmakers they are the best choice if the question is what produces the most money for state education programs. An added benefit of legal video lottery, the report states, will be to drive the untaxed “pre-reveal” or “gray market” machines out of business.

“We consider full VLTs to be far more attractive than these ‘no chance’ machines,” the report states.

Backers of sports wagering also tout legalization as a means of ending illegal gambling and capturing revenue from bets made by Missourians who travel to Illinois or other states for big events like the Super Bowl.

“I think many of you know and are aware of the fact that sports betting is occurring with impunity across the state of Missouri and it happens largely on unlicensed and unregulated apps,” said Rep. Phil Christofanelli, R-St. Peters.

The revenue from the Missouri Lottery and the state’s 13 casinos, used for public schools and higher education programs, has been almost equal over the past five years. The lottery produced $1.61 billion and casinos delivered $1.56 billion.

Annual lottery revenue has been growing, up 11.6% in fiscal 2021 compared to fiscal 2016, while casino revenues have been almost flat, up only 0.7% over the same period.

Missouri voters approved a lottery and wagering on horse racing in 1984 but only the lottery was successful. When it started, lottery profits went into the state general revenue fund.

In 1992, voters approved a constitutional amendment directing the revenue to education programs and, that same year, voted to legalize casino betting along the Missouri and Mississippi rivers.

Now there are thousands of lottery retailers with a variety of games but all games have a physical ticket.

Missouri voters have also legalized other forms of gambling, bingo and raffles, to support charitable and fraternal organizations.

In fiscal 2021, which ended on June 30, the lottery sold $1.8 billion worth of tickets and casinos reported taking $1.7 billion in wagers.

The push to add sports wagering to the casino offerings began after the U.S. Supreme Court struck down the federal law against wagering on sporting events in 2018. More than 30 states have legalized some form of the gambling. Those include all but Kentucky and Kansas among the eight states that border Missouri.

Under the bill being considered by the House committee, the tax rate on the profits of sports wagering would be 10%. The tax on casino profits generated from other gambling is 21%.

The effort to bring video lottery to the state has been spurred in part by the proliferation of unregulated machines currently in operation throughout the state.

The bills to authorize video lottery set aside 32% of the net after prize payments for state education programs and 4%  for local governments. The rest is split between game operators and vendors, after administrative costs are paid.

The report from  Morowitz Gaming Advisors LLC and Global Gaming & Hospitality Capital Advisors LLC estimates that 14,000 to 20,000 of the “gray market” machines are in the state.

The Missouri State Highway Patrol has investigated hundreds of cases but only about two dozen criminal charges have been filed. The latest, the St. Louis Post-Dispatch reported, was filed in Lincoln County and accuses Mark Baker, vice president of Warrenton Oil Company, of three counts of possession of a gambling device.

While there has been one conviction at trial and one guilty plea in the pre-reveal game criminal cases, many prosecutors have refused to file charges. Warrenton Oil, along with game vendor Torch Electronics, filed a lawsuit last year in Cole County to block the patrol from continuing its enforcement efforts.

The problem with the gray market machines, Arnold said in an interview, is that they generate no money for education and nothing regulates how much of the money wagered must be returned as winnings.

“If a (video lottery bill) is passed, we would expect virtually all gray area machines to be removed from the state within a year of VLT operation,” the report states.