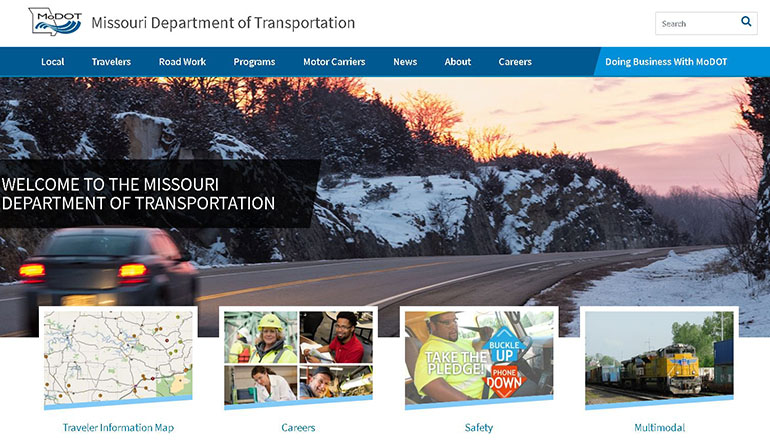 A draft 2022-2026 Statewide Transportation Improvement Program that focuses on taking care of the state’s existing transportation system was presented today to the Missouri Highways and Transportation Commission. A 30-day public review and comment period began on Wednesday, May 5)

Missouri Department of Transportation Planning Director Eric Curtit told commissioners the draft STIP includes 1,417 highway and bridge projects, of which 84% will maintain the system in the condition it is in today. On average, this STIP annually invests in 740 lane miles of interstate pavements, 1,387 miles of major route pavements, 2,733 miles of minor route pavements, and 277 bridges.

Missouri has the nation’s seventh-largest state highway system with 33,832 miles of roadways and 10,397 bridges but ranks 45th nationally in revenue per mile.

“MoDOT’s priority is maintaining the existing system of highways and bridges,” Curtit said. “We have developed asset management plans for each district, which focus on preventive maintenance improvements to keep good roads and bridges in good condition. If preventive maintenance investments were not made, the cost of improving the asset in poor condition can cost four to ten times more.”

This STIP includes funding for the “Focus on Bridges” program that was initiated by Governor Parson and funded by the Missouri General Assembly in 2019. The first phase authorized $50 million in general revenue to expedite the repair and replacement of 45 bridges that had already been identified as some of the state’s top bridge priorities by local planning organizations. The second authorized $301 million in bonding – to be repaid over seven years from general revenue – to repair or replace another 215 bridges that had been previously prioritized, contingent on Missouri receiving a federal INFRA Grant to replace the I-70 Missouri River Bridge at Rocheport. Missouri received an $81.2 million INFRA Grant in July 2019, which triggered the first of two bond sales which occurred in November 2019. During 2020, 101 Focus on Bridges projects were completed and many more will be completed in 2021.

This STIP was developed assuming a federal funding level consistent with the last year of the FAST Act and includes the federal surface transportation funding provided by the Coronavirus Response and Relief Supplemental Appropriations Act (CRRSAA), which was enacted on Dec. 27, 2020. Other funding assumptions include redirected CARES Act monies and bond issuances in 2023 and 2026 to be repaid with dedicated motor vehicle sales tax revenue which is deposited in the State Road Bond Fund per the Amendment 3 legislation.

The STIP details an annual construction program that averages $1.1 billion per year for the five-year period. But it is insufficient to meet the state’s unfunded high-priority transportation needs that are estimated in MoDOT’s “Citizen’s Guide to Transportation Funding” at an additional $825 million per year.

“The STIP represents our commitment to Missourians of the projects that will be developed and delivered over the next five years,” MoDOT Director Patrick McKenna said.

The draft STIP also includes detailed project information for non-highway modes of transportation. It includes a section detailing planned operations and maintenance activities for the next three years, alongside expenditures for those same activities in the prior year. This additional information is provided to allow Missourians to more easily see how their transportation funding is invested.

The draft 2022-2026 Statewide Transportation Improvement Program lists transportation projects planned by state and regional planning agencies for fiscal years 2022 through 2026 (July 1, 2021, through June 30, 2026). The proposed program is available for public review. Those interested in seeing the program or offering comments can contact MoDOT by email to [email protected], by calling customer service at 1-888-ASK-MoDOT (275-6636), or by mail to Transportation Planning, Program Comments, P.O. Box 270, Jefferson City, MO 65102. The program is also available on MoDOT’s website at this link. The formal comment period ends June 4, 2021.

Following the public review period, the comments will be presented to the Missouri Highways and Transportation Commission. The Commission will review the comments and the final transportation program before considering it for approval at its July meeting.