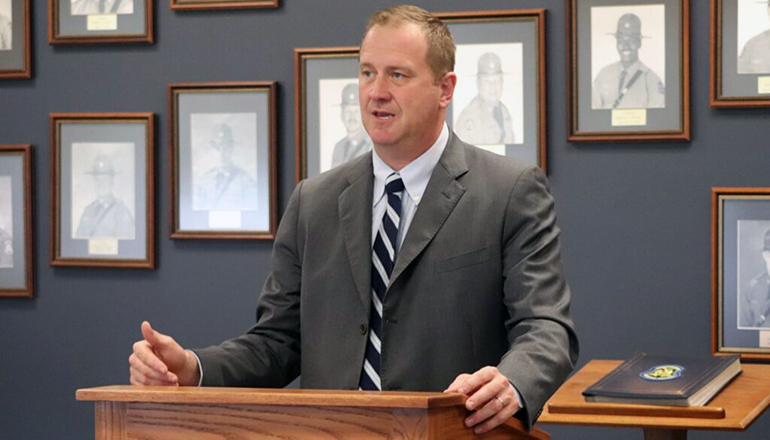 (Missouri Independent) – The county prosecutor who Attorney General Eric Schmitt said “does not intend to seek justice” for victims of alleged abuse and neglect at a southwestern Missouri boarding school urged Gov. Mike Parson to not remove Schmitt’s office from assisting in the case.

In a letter sent Tuesday, Cedar County Prosecuting Attorney Ty Gaither said that the assistance of the attorney general’s office is still needed — despite Gaither’s decision to only pursue a fraction of the charges Schmitt’s office recommended.

“While the Attorney General may feel that the work of his office has been completed, to withdraw from the case at this time would create the appearance of substantive disagreements between us which do not exist,” Gaither wrote in the letter, later adding: “We question the all-or-nothing approach to supporting this prosecution which is implicit in the Attorney General’s request to be released.”

On Tuesday, Gaither announced five staffers of Agape Boarding School would be charged with a combined 13 counts of third-degree felony assault — the lowest felony class. Meanwhile, the attorney general’s office had recommended 65 criminal counts against 22 codefendants. Those charges involved 36 victims and went as far as Class B felonies for abuse of a child.

In his Tuesday letter, a copy of which was provided to The Independent, Gaither wrote that effective prosecution of the charges hinges on the attorney general’s support in order to present witnesses, “most of whom reside outside Missouri, and thereby prove the allegations.”

Gaither also noted that while his office retains the authority to pursue charges, the attorney general’s office has significantly more financial resources to devote to the case.

“Nonetheless, local knowledge and experience alone cannot surmount the challenge of prosecuting a case with multiple out of state witnesses, with the limited resources at the disposal of a rural jurisdiction,” he wrote.

Gaither’s letter came days after Schmitt had sent a letter of his own to Parson last week, urging his office be removed as a special prosecutor in the case against Agape.

In his letter, Schmitt wrote that Gaither’s decision to only pursue “a relatively small number of minor felony offenses reveals that he has no real need of the expertise and resources of the Attorney General’s Office.”

Reached by phone Thursday, Gaither said he filed what he believes are the appropriate charges based on the evidence obtained during the Missouri Highway Patrol’s investigation.

“We intend to seek justice for the victims under the appropriate charges,” Gaither said, adding at this time he doesn’t anticipate filing additional charges.

In a statement Thursday, Chris Nuelle, a spokesman for the attorney general’s office, pushed back on Gaither’s assertion that the two offices aren’t at odds

“Anybody who looks at the recommendations we gave to the Cedar County Prosecutor’s Office and the charges that were actually filed can see plainly that there are clearly substantive disagreements between our offices in this case,” Nuelle said.

Nuelle said he does not believe the attorney general’s office has been removed from the case at this time.

Gaither’s decision to pursue only 13 charges has been met with immense frustration from former students of the school who have advocated for change and testified before lawmakers to share their story.

Last week, at least two former students went as far as reaching out to the FBI in an effort to see further action be taken. Gaither said Thursday he has not been contacted by the FBI.

A former student who reached out to federal investigators, and who asked he be identified by his initials R.B. due to an ongoing lawsuit against the school, said in an interview Thursday that Gaither’s decision is “a slap in the face” to former students and that it’s time for Parson to intervene.

“The governor needs to step up too and do something because he’s the one who authorized the attorney general to help with the local prosecutor. And now he’s just deferring his comment,” said R.B., who has been calling the governor’s office to ask for more action.

Kelli Jones, a spokeswoman for the governor’s office, told The Kansas City Star: “The appointment represents the extent of the Governor’s involvement. What level of assistance to provide is left to the Attorney General, local prosecutor, and the court.”

R.B. said the governor issuing a statement in support of the victims and the attorney general’s case would be meaningful.

“You need to help and mediate the situation and see what the hell is going on between the attorney general and the local prosecutor,” R.B. said.

R.B. said he’s felt exasperated and wonder’s what else needs to be done to see the school ultimately shut down. Otherwise, he worries abuse will continue for years to come.

“That’s my fear, is a couple of years from now the same thing happening over and over and over,” he said. “And then when they do an investigation, who do you think is gonna want to come forth? Absolutely nobody.”