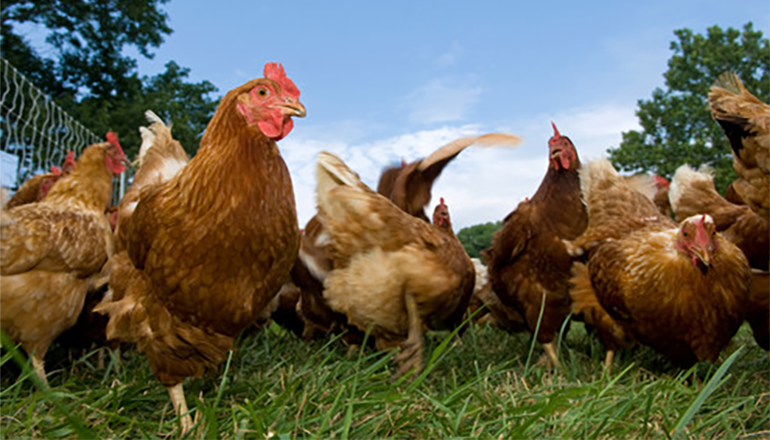 Missouri poultry producers, both commercial and backyard flocks, are encouraged to review and tighten biosecurity protocols in light of the avian influenza virus confirmation in birds east of the Mississippi River.

Highly pathogenic avian influenza H5N1 is known to be deadly for domesticated chickens and turkeys. Avian influenza was confirmed in a commercial chicken operation in Kentucky earlier this week. Commercial flocks in Indiana have also been impacted.

The first detection of highly pathogenic avian influenza in the United States was found in wild birds through routine surveillance conducted by USDA-APHIS Wildlife Services in states in the eastern U.S.  Influenza has been confirmed in wild birds in New Hampshire, Delaware, North Carolina, South Carolina, Florida, and Maryland. H5N1 was also detected in a backyard flock of mixed poultry in Virginia.

“It is extremely important that poultry producers practice biosecurity measures and be vigilant to protect the health of their flocks,” said Missouri State Veterinarian Steve Strubberg. “Commercial and backyard producers should take extra precautions and pay close attention to their flocks.”

If you notice any symptoms in your flock, you are encouraged to contact your local veterinarian or the Missouri Department of Agriculture Animal Health Division at (573) 751-3377.

Avian influenza does not present a food safety risk. Poultry and eggs are safe to eat when handled and cooked properly. Though extremely rare, avian influenza can be transmitted to humans. However, no human cases of H5N1 have been detected in the United States. Poultry producers should practice good hygiene and handwashing after contact with their birds.