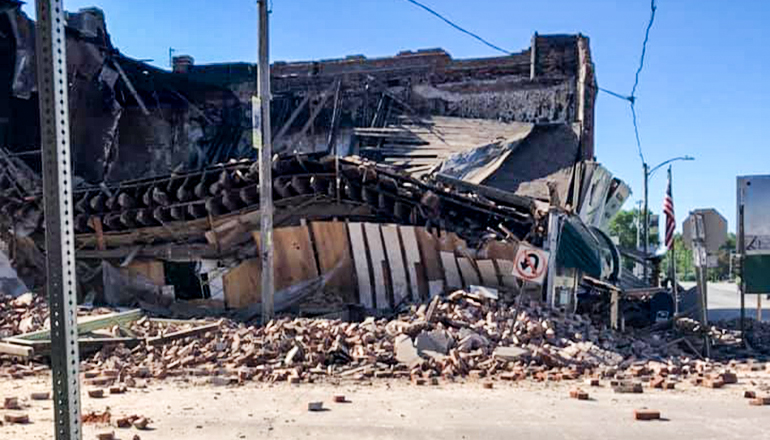 The Jamesport Post Office building is not salvageable after its collapse on the morning of Wednesday, August 19th. That is according to Daviess County Emergency Management Director David Roll, who says contractors will further demolish and remove the structure at the intersection of Broadway Street and Auberry Grove, also known as Highway 190 and Route F. He is not sure if the buildings neighboring the post office will be salvageable.

A security fence has been put up around the structure, and the roads in the area are still closed. Roll anticipates the roads being closed at least through the rest of this week and the weekend. The roads should be able to reopen after the structure is removed.

Roll says the United States Postal Service has brought in temporary boxes and is finalizing setting them up to be used for mail service. The boxes are in a parking lot owned by the City of Jamesport next to the Jamesport Tavern on Broadway. It is anticipated the postal service will bring something more permanent in the next week.