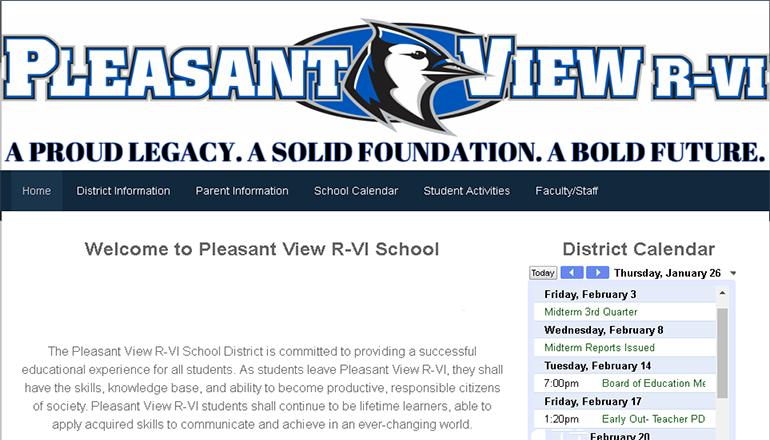 The Pleasant View R-6 Board of Education approved several resignations during an executive session on March 9th.  The resignations are effective at the end of this school year for Art Teacher Phoebe Duff and Fifth Grade Teacher Melanie Warren. Custodian Meghan McLain’s resignation was effective immediately.

The board voted to hire Whitney Barlow of Trenton as a new custodian. Her duties will begin on March 17th.

Field trip requests were approved. Those included the first and second grades to Mozingo Lake of Maryville May 7th, the eighth grade to Branson May 2nd, 3rd, and 4th, and the sixth through eighth grades to Hannibal with no date yet set.

The board approved a coop with Laredo R-7 for the seventh and eighth-grade track. Each school will provide a coach. All meet fees will be split between the schools.

There was an update on building projects. Dustman Digging completed trenching, and Tom Trump is adding more drainage around the school building. Bids for the roof of the third, fourth, and fifth-grade rooms are to be put out soon.

Superintendent Rebecca Steinhoff reported no staff or students were out due to COVID-19.

Upcoming activities were announced. They included the preschool/kindergarten round-up in the Pleasant View library March 12th, the sixth through eighth-grade science fair March 18th, an early out March 19th and the Book Fair Lunch with a Loved One March 25th for KEYS and March 26th for Mrs. Lake’s preschool through eighth grade. There will also be an early out April 1st, no school April 2nd through 5th for Easter Break, and a blood drive hosted by the seventh grade on April 8th.

The Pleasant View Spring Program will be held differently this year. There will be two performances. One will be April 29th at 1 o’clock in the afternoon, and another will be April 30th at 7 o’clock at night. Mrs. Lake’s preschool will only perform on April 29th.