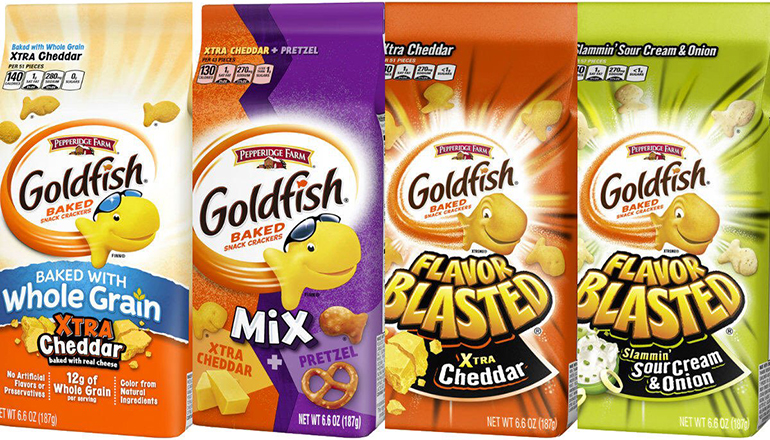 Pepperidge Farm Inc. has recalled four flavors of its Goldfish crackers because they were made with a whey powder ingredient that has been recalled for potential Salmonella contamination.

Certain Goldfish products are also under recall in Canada. Federal food safety officials in the United States and Canada say they have not received any reports of confirmed illnesses related to the recalled Goldfish crackers.

A complete list of Goldfish products subject to the U.S. recall is available on the Pepperidge Farm website. It includes photos of the products and package coding so consumers can check any unused portions of the crackers they have in their homes.

Pepperidge Farm, which has been owned by the Campbell Soup Co. since 2011, distributed the recalled Goldfish crackers nationwide. Its recall notice urges consumers to not eat the recalled products, telling them to throw the crackers away or return them to the place of purchase. The iconic company did not name its whey powder supplier.

However, both the Food and Drug Administration and the USDA’s Food Safety and Inspection Service have reported the manufacturer of the whey powder is is Associated Milk Producers Inc. (AMPI).