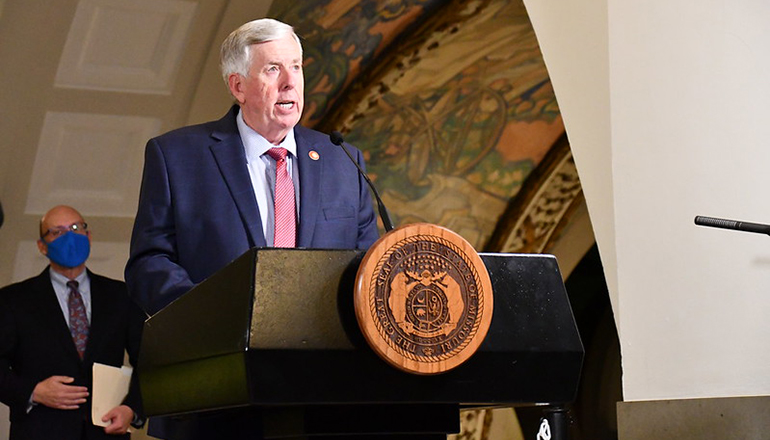 (Missouri Independent) – Missouri state employees counting on seeing a big raise in their February paychecks may be disappointed, as lawmakers fiddle with a $5.4 billion spending bill pushed by Gov. Mike Parson.

When the Republican governor in December proposed a 5.5 percent pay raise for all state workers, he said he wanted it in effect by Feb. 1. But a week to go before that deadline, the supplemental spending bill that includes the raises has yet to come to a vote in the House Budget Committee, the first of many steps before it reaches Parson’s desk.

The bill received a public hearing on Jan. 10. Committee Chairman Cody Smith, R-Carthage, said Monday that he’s trying to work through issues dividing Republicans, including whether every employee should get the raise.

“​​There are a range of opinions about how we implement a pay plan increase, with one view that we do targeted increases,” Smith said. “The other view is that all state employees should get a raise at the same time. We have a spectrum of opinion in the caucus.”

Republicans are also divided over whether Parson’s proposal for a $15-an-hour base pay for all state jobs should be approved, Smith said.

The state minimum wage for private employers is $11.15 an hour as of Jan. 1 and will increase to $12 an hour on Jan. 1, 2023. The $15 base rate for state employees is intended to attract workers to jobs in mental health facilities, prisons, and other facilities and compete with private-sector wages being offered in a very competitive job market, state Budget Director Dan Haug said during the Jan. 10 public hearing.

Setting the state payroll base at $15 could make state jobs among the best-paying in some parts of the state, Smith said.

“If we do have actual minimum-wage jobs in the Missouri workforce, those don’t need to be paid higher than the state minimum wage,” he said.

The Feb. 1 date isn’t a hard-and-fast deadline for Parson to sign the bill into law in order to get the raises out on time. The first paycheck that includes Feb. 1 will be issued to state employees on Feb. 28, but any changes to pay rates must be made by mid-February to be reflected on that check.

The only sure deadline for passing the bill is March 24, when federal law requires the state to have appropriated at least 75 percent of the school funding. But the Medicaid program, which was expanded last year to cover working-age adults, is likely to need money sooner.

At a news conference Monday, House Democrats laid out some of their spending priorities in the coming year but also complained about the delays in the supplemental bill.

Rep. Peter Merideth, D-St. Louis and ranking minority member of the Budget Committee said he is concerned about the delays. It is evidence that Republicans are not united on Parson’s proposal, he said.

“We may have to actually fight to defend the governor’s proposal,” Merideth said. “What we do know is that feet are being dragged.”

State employees received a 2 percent raise effective Jan. 1. When he proposed the 5.5 percent raise, Parson said he was reacting to high inflation in the final months of 2021 and the need to keep state workers from seeking jobs with better pay.

At their news conference, Democrats also said they would push for changes in Parson’s proposed $47.3 billion budget for the year starting July 1.

The state will enter the year with nearly $3 billion in surplus general revenue, plus $2.8 billion from federal COVID-19 relief funds and hundreds of millions in other funds that can be spent like general revenue.

House Minority Leader Crystal Quade, D-Springfield, said there is a lot that Democrats like in Parson’s budget, from fully funding expanded eligibility in the Medicaid program to more than $700 million dedicated to supporting the child care industry.

But with the large surpluses, she said, the state can do more, even if the spending is likely to be a recurring expense. She gave school transportation funding as an example, saying meeting the state’s obligation would cost about $182 million annually.

Parson put many of his large spending proposals into one-time expenses.

Meredith said he would be fighting for a bigger increase for state colleges and universities. Over the past 15 years, he said, state support for operations in higher education has been cut 14 percent.

“We have an opportunity,” Merideth said, “to make up for that neglect of the past 15 years.”