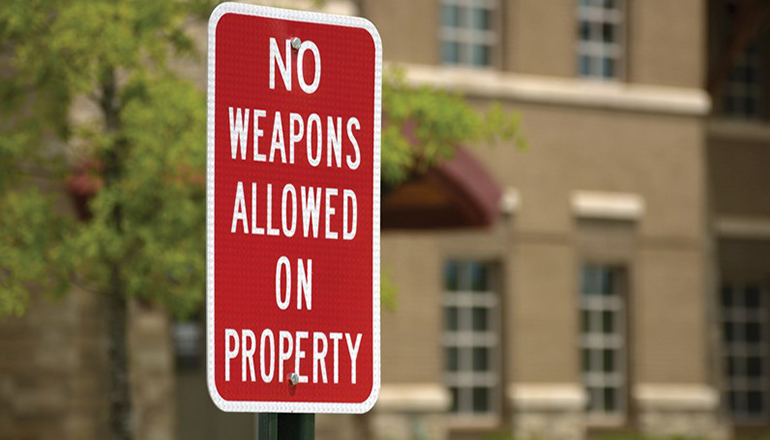 (Missourinet) – State law allows open carry without a permit, but Walmart and Sam’s Club stores in Missouri will no longer allow customers to open carry guns in their stores unless the shoppers are law enforcement officers. Walmart says it will also stop selling handgun ammunition and ammunition it says is commonly used in assault-style weapons after selling all of its current inventory.

The decisions follow recent deadly shootings at stores in Texas and Mississippi.

Last month, a southwest Missouri man also carried a loaded rifle and wore body armor through a Springfield Walmart and recorded himself on his cell phone walking through the store and scaring customers into the parking lot. Dmitriy Andreychenko, 20, said he wanted to see if the business would respect his second amendment rights.

We’ve been working to understand the many important issues arising from the horrific events in El Paso and Southaven, as well as those raised in the national discussion around gun violence. Today, we’re sharing some next steps: https://t.co/chWzGf6Amv pic.twitter.com/Ye3xjjRdrh