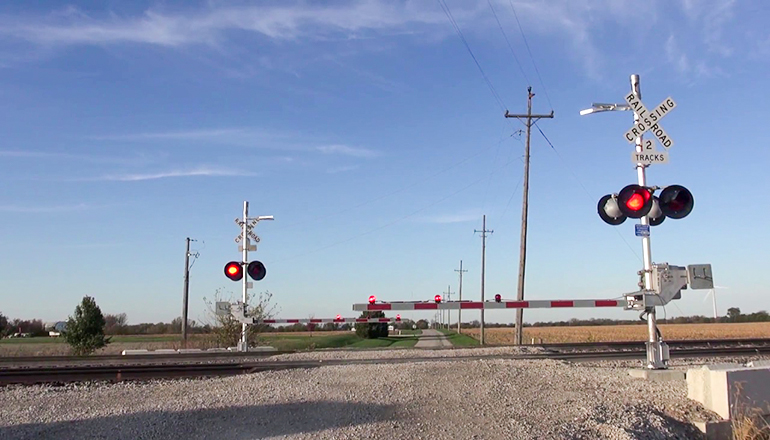 One person was killed and another was injured Sunday night at a railroad crossing in Ray County.

The highway patrol said the accident happened when a vehicle containing two Richmond residents failed to yield to a railroad crossing traffic control device, drove around the train crossing arm and was struck by the westbound locomotive on the passenger side.

Thirty-two-year-old Ashley Harder of Richmond was pronounced dead at the scene by the Ray County Coroner. The body was taken to Frontier Forensics in Kansas City, Kansas.

The driver of the car, 30-year-old Adam Allred of Richmond, received serious injuries and was flown by a medical helicopter (Lifeflight Eagle) to the Centerpoint Hospital.

The driver of the car was using a seat belt while the passenger was not.  The vehicle, a 1998 Ford Escort, was demolished in the wreck at 9:08 Sunday night on Camden Road in Ray County. The patrol reported the driver of the locomotive was listed as Kyle Ellis but no age or address was given.

Assisting the patrol were members of the Troop A major crash investigative team and the Ray County Sheriff’s Department.