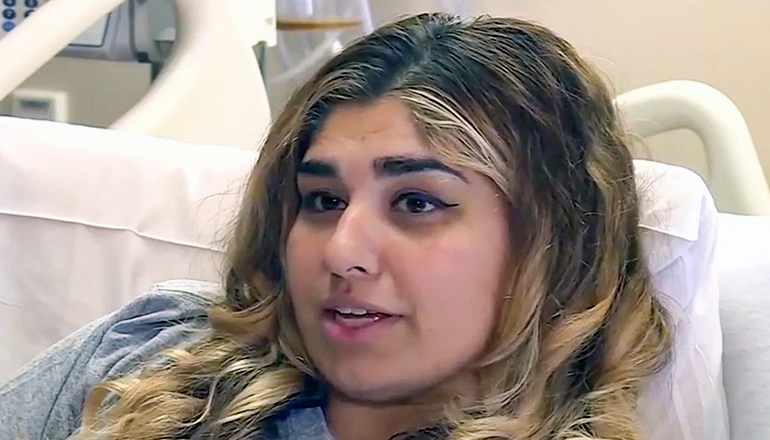 A Facebook post from Trenton Police Officer Jasmine Diab reports the officer was transferred to a rehabilitation facility Friday afternoon.  Diab calls it the “first big step to being able to go home,” and she believes the rehab will “be intense.” No timeline has been announced as to how long Jasmine will stay at the rehabilitation facility.

Diab has spent two weeks at Truman Hospital and undergone several surgeries. She says she’s overwhelmed by all of the support that people in her community of Trenton, and people from all over the country have provided. Her mother Lori Diab and father, Esam Diab have been at her side since the shooting took place.

The Highway Patrol previously reported Diab sustained a gunshot wound to the abdomen while transporting a prisoner on June 14th.  “I knew the risks when I became an officer, and it hasn’t changed. I want to protect my community,” said Diab.

The most recent event in Trenton to assist in raising funds for officer Diab’s return home was held on Friday evening. A group of citizens in the community, along with Smithfield Hog Production of Missouri, MFA Incorporated, Weldon Builders and Construction, and GFG Agri Services offered a pork loin meal during the “Ag Backs the Blue” event which raised several hundred dollars.

The next event in a show of support for office Diab will take place on July 4th and is called “Blue Smoke for Jasmine.”  Supporters of officer Diab will gather near the Trenton Police Department and set off blue smoke bombs turning the downtown Trenton area blue.

A GoFundMe account was set up shortly after the shooting took place with a goal of $5,000. Thus far, as of the posting of this article, supporters have raised just over $3,200.