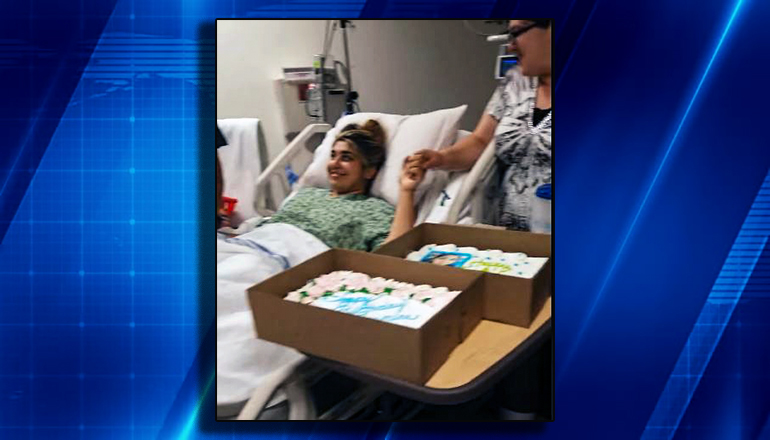 Trenton Police Officer Jasmine Diab, via a Facebook posting Thursday night, is asking for continued prayers as she reports she’s facing another surgery.

After she was told she might be going home from the hospital, officer Diab wrote she has been having severe pain in her left hip and leg. The police officer wrote that the bullet went through her intestines and is lodged in the hip and the doctors have scheduled surgery to remove the bullet.

Jasmine Diab observed her 25th birthday Thursday by having visits from friends and family and reading numerous cards. The celebration included birthday cakes and balloons.

According to another Facebook page, the police officer thanked everyone who wished her a happy birthday. She also expressed appreciation to the Kansas City Police Department for having officers watch over at the Truman Hospital.  Officers have been posted at the door to her room since she entered the hospital.

A GoFundMe account has been set up by a friend and co-worker to assist with expenses after Diab leaves the hospital.