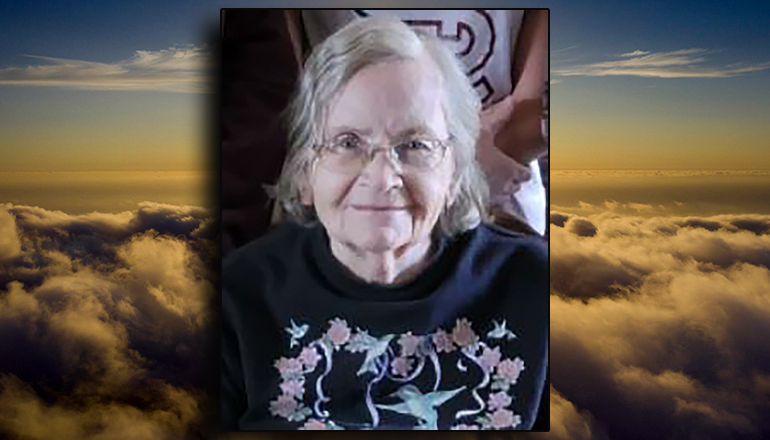 Vivian Irene (Hendon) Smith passed away Sunday, August 7, 2022, at her home. She was born on November 3, 1940, to Thomas D Hendon and Lyida Irene McDaniel in Leslie, Arkansas.

She had six brothers and sisters with only Bernice Elaine (Hendon), Ludwig of Browning, Mo surviving.

On September 7, 1957, she was married to Ellis Carroll Smith at Reger, Mo. Of that union, they had three sons: Carroll Eugene Smith of Kirksville, Mo, Raymond Thomas Smith of Browning, Mo, and Terry Lane Smith (Anita) of Milan, Mo.

Irene worked in various places throughout her life such as restaurants, Con Agra, and as a janitor at the school. She was a member of the American Legion Auxiliary in Browning as well as a member of the United Methodist Church in Browning. Irene enjoyed reading and spending time with her family.

Services for Irene will be held at 11:00 AM, Friday, August 12, 2022, with visitation starting at 10:00 AM at Schoene-Ruschmeier Funeral Home in Milan. Burial will follow at White Oak Cemetery, South of Milan.