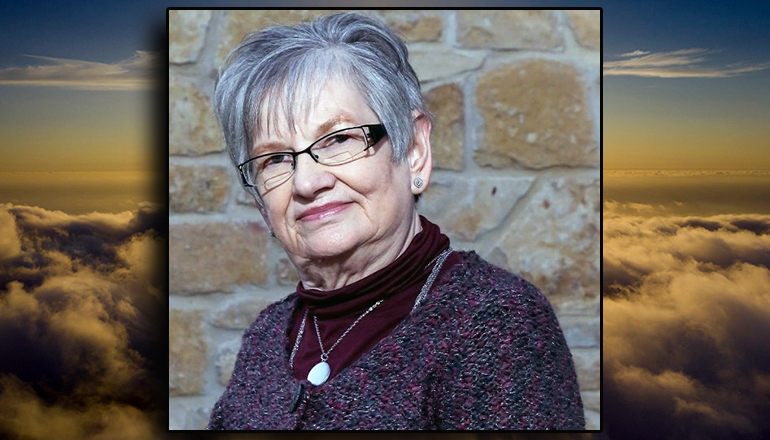 Theresa A. McCarl, 78, of Harrisonville, Missouri passed away surrounded by her family on Thursday, July 28, 2022. She was born on November 27, 1943, in Garnett, Kansas, to Martin Lutz and Opal Klinginsmith Lutz.

Theresa’s family moved to the Laredo, Missouri area in 1946. She attended school in Laredo, where she played basketball and was valedictorian of her graduating class.

She went on to attend college in Kirksville, Missouri. Theresa worked for the local bakery during her college years where she met her future husband, Robert E. McCarl (Bob). On June 1, 1963, Theresa and Robert were married at the St. Joseph Catholic Church in Trenton, Missouri.

Theresa and Bob moved to Illinois where they welcomed three beautiful children into this world. They were blessed with two daughters and a son. Theresa was a homemaker who loved to sew, decorate cakes, and support her family. She spent many years volunteering with her church family. You would often find her at PTO meetings for her children, cleaning the church, a leader in the Legion of Mary, a member of the auxiliary group, and a Girl Scout leader. Theresa was a caregiver to her mother and helped with her grandchildren’s child care needs.

Theresa is preceded in death by her husband, Robert E. McCarl, her parents, Martin and Opal Lutz, her brother, Irl Lutz, and an infant brother.