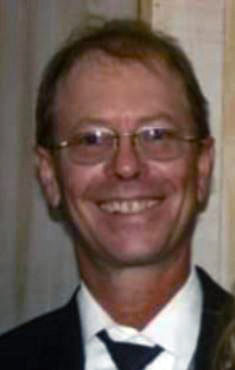 Terry Campbell, 58, of Unionville, Missouri, passed away unexpectedly at Boone Hospital Center in Columbia, Missouri, on Tuesday, April 12, 2022. Terry had battled cancer in the past but succumbed to a recent recurrence.

Terry Gerald Campbell was born in Davenport, Iowa, on February 13, 1964, the son of Gary Lee and Margaret Ann (Pitsenbarger) Campbell. Terry worked in construction most of his life. He was a jack-of-all-trades and was good at anything he did. He always gave 110% to the job. He was a roofer, a stonemason (which he especially liked), a carpenter, and a landscaper. Terry was an excellent drummer and played in rock bands. His nickname was “wild man.” He was the life of the party and lit up a room when he entered. Terry was outgoing and friendly. He loved the outdoors (fishing and hunting) and was a great cook. He loved to grill and smoke meats. Terry was a lifelong Miami Dolphins fan. He loved his family and was loved by all who knew him.

A Celebration of Life for Terry will be at Playle and Collins Family Funeral Home at 11:00 am on Saturday, April 16, 2022. A visitation will be one hour prior to the service.