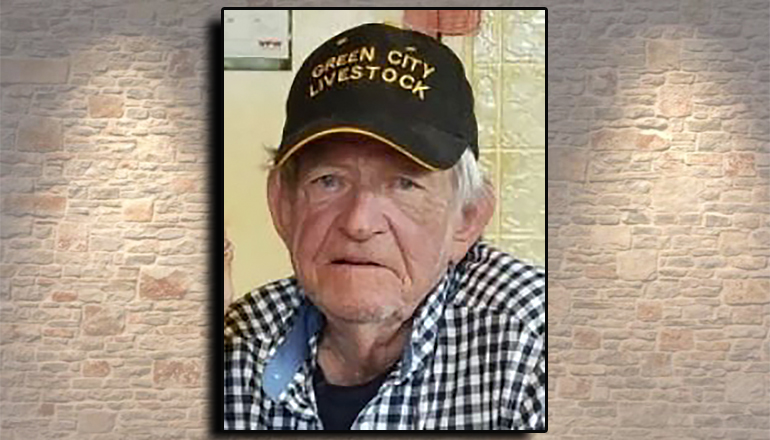 Melvin L Dixon Sr. of Winigan, Missouri passed away Sunday, January 22, 2023, at LaPlata Nursing Home at the age of 86. Melvin was born on March 1, 1936, in rural Adair County, Missouri. Melvin was born to Glen and Viola (Lutz) Dixon. Melvin grew up in the Pure Air area and attended rural schools including the Salisbury School.

Melvin had many favorite jobs from driving a semi when Tammy and Audrey were little, to roofing when Viola was born in Oklahoma. In 1981 Melvin and Hetty moved back to Missouri and Melvin went to work for the University Hospitals and Clinics in Columbia, Missouri. In 1989 Melvin and Hetty moved to Winigan which is where they would make their home until the time of his death. Melvin worked for Borron Farms and Elevator until 1999 which is when he retired for the 1st or 2nd time. Melvin then went to work for Wayne “Doc” Smith taking care of cattle. Again, retiring, Melvin went back to work and worked for Bobby and Mary Craig taking care of the cows and horses and the tom cat. Melvin finally retired in June of 2022.

A graveside service for Melvin will be held at 1:00 PM, Saturday, January 28, 2023, at the Cheeseman Cemetery, Northeast of Winigan, Missouri. A visitation will be held from 6:00 to 8:00 PM, Friday evening at Ruschmeier Funeral Home in Green City, Missouri.

Memorial contributions are suggested to the Cheeseman Cemetery or the Hospice of Northeast Missouri.