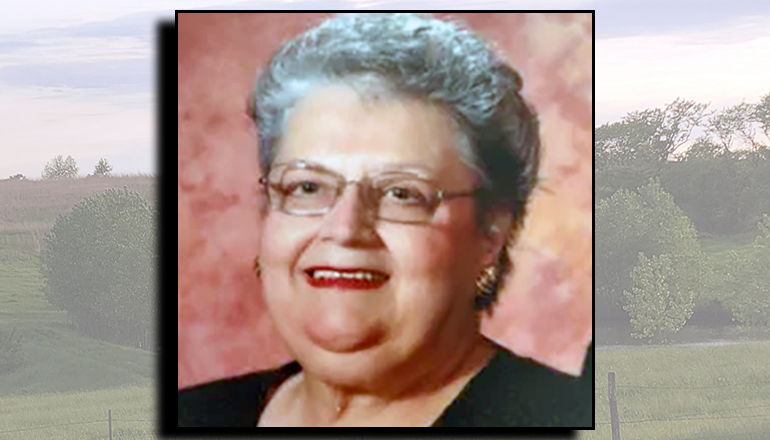 Kay was born the daughter of Donald and Lottie (Wightman) North on November 28, 1937, in Carroll County, Missouri. She was a 1955 graduate of Braymer High School. Kay was united in marriage to Wilmer “Perry” Jones on October 13, 1961, in Kansas City, Missouri. He preceded her in death on October 27, 2007.

Kay worked as a teacher’s aide for the North Kansas City School District for many years. Before working as a teacher’s aide, she worked at Hallmark Cards, and Montgomery Ward. Kay was of the Methodist faith her whole life. She was a member of 4-H. She loved sewing, making bunnies for people, crossword puzzles, embroidery, cooking, baking, and canning. Kay loved working with children.

Survivors include one son, Mark Thomas and wife Beccy of Texas; one daughter, Kimberly Foster and husband David of Kansas City, Missouri; two grandsons, Matt Thomas and wife Jaimie of San Antonio, Texas, and Ryan Thomas of Kansas City, Missouri; two great-granddaughters, Jordan Thomas and Lydia Thomas; two brothers, Lowell North and wife Judy of Lee’s Summit, Missouri, and Richard North and wife Kim of Lee’s Summit, Missouri; one sister-in-law, Jeanne North of Kirksville, Missouri; and many nieces, nephews, and cousins. She was preceded in death by her parents; her husband, Wilmer “Perry” Jones; and one brother, Sid North.