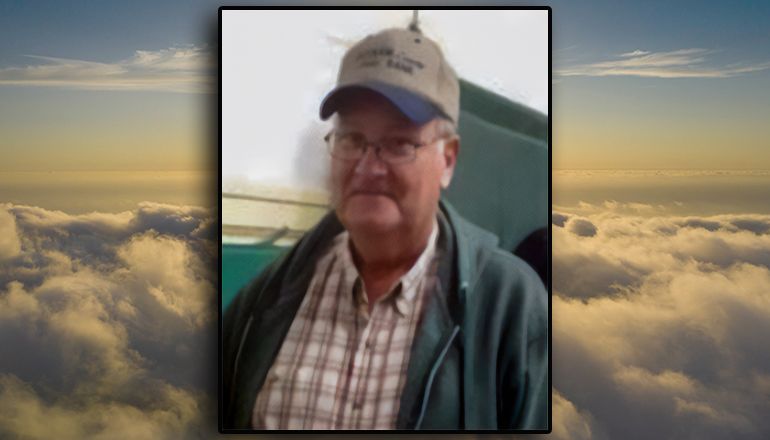 John was born October 20, 1948, the son of Glen and Vera (Callihan) Sayre at their home East of Milan. John was baptized at the Baptist Church in Sorrel.

John graduated from Milan High School in 1965, after graduating John moved to Independence, Mo, and began working at Gordan Transport. On May 28, 1966, John married Janet Sue Smith at the Christian Church in Milan, Mo she survives of the home. John then went to work for Kansas City Southern Railroad’s downtown offices in Kansas City, Mo. John and Janet resided in the Kansas City area until moving back to Milan in 1970. John then worked for The Department of Revenue under the Christopher Bond administration until starting his own business in 1976, Sayre & Associates Accounting and Tax Preparation, John owned and operated Sayre & Associates from 1976 until 2020. In 1976 John, Janet, and the kids moved to their farm, Sayre Charolais east of Milan, close to John’s parents Glen and Vera Sayre. He raised Charolais cattle from 1976 to 2019.

John was a lifelong resident of Sullivan County and a pillar of the local business community. He was a lifelong member of the Republican Party and proudly served his community and clients for over 44 years. Sayre & Associates was a proud sponsor of summer youth athletics, 4-H, and the County Fair. John liked to bowl, golf and hunt went he had spare time, but his greatest love was spending time with his wife Janet of 55 1/2 years, his children, grandchildren, and great-grandchildren. He enjoyed baling hay with his brothers, Marvin, Harvey, his son, and grandsons and watching his Charolais cattle on his land. He was an avid horseman, loved to ride and work cattle, and for a brief time earned a living riding horses, working cattle for Phelps Farm in Milan.

He was preceded in death by his parents Glen and Vera Sayre, father and mother-in-law Clint and Carol Smith, son John Michael Sayre, brother Marvin Sayre, and nephew Mark Sayre.

To our John T., Dad, and Papa our hearts are beyond broken right now, we will forge on because we know that is what you would want. From every small moment, big moment, and everything moment in between you have always been our constant, celebrating our successes, and picking up the pieces when we failed with your unconditional love. Your memory will live on through all of us and these are the memories that we will hold onto until we are all together again. We take comfort that you and John Michael have been reunited and will continue to watch over us and guide us. We love you and we will be seeing you in our dreams “old man”.

A Celebration of Life will be held from 5:00 PM to 7:00 p.m, Saturday, May 14, 2022, at Schoene-Ruschmeier Funeral Home in Milan. In lieu of flowers, memorial contributions are suggested to the Sullivan County Senior Center.