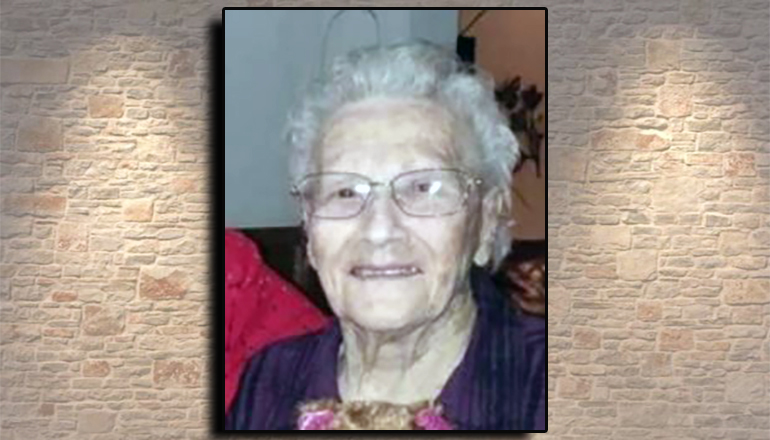 Dora was born on June 11, 1928, to Roy and Edna (Steele) Cotter in Browning. At 9 years old Dora was saved at Mt. Zion Church. In September 1958 she became a faithful member of the Browning Baptist Church. She met Charles Leon Bennett in Browning and they moved to Pullman, Washington for a short time where they were married on August 6, 1945. They returned to Browning to run the farm while Dora also worked at Whitaker Cable for many years until its closing, then worked at Con Agra for many years. Dora was a member of the American Legion Auxiliary and the WMU.

Dora loved embroidery and spending time in her garden. She enjoyed reading and cooking large family dinners, especially her noodles. She most of all loved spending time with and babysitting her many grandkids.

A funeral for Dora will be held at 2:00 PM Wednesday, December 7, 2022, at the Browning Baptist Church in Browning, Missouri. A burial will follow at Jenkins Cemetery east of Browning. A visitation will be held one hour prior to the service beginning at 1:00 PM at the church. Schoene-Ruschmeier Funeral Home in Milan is handling arrangements.

In lieu of flowers, donations may be made to Browning Baptist Church or Jenkins Cemetery.