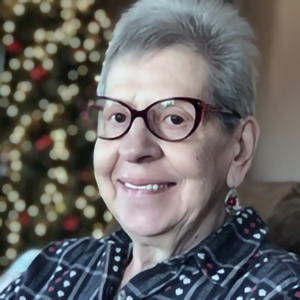 Deloris Joan Barton, age 81, a resident of Liberty, Missouri, passed away on Tuesday, April 12, 2022, at her residence.

Joan, the daughter of William and Ruth Swigart, was born on August 29, 1940, in Chillicothe, Missouri. She was a 1958 graduate of Princeton High School. Joan was united in marriage to James Barton on July 27, 1958, in Princeton, Missouri. Joan worked as a babysitter for 30 years in Trenton, Missouri, Perry, Iowa, and Brookfield, Missouri, and became Mom Barton to many children. She then moved to Chillicothe and worked at Hy-Vee Food Stores. She enjoyed square dancing and loved playing games. She was a member of the Highview Baptist Church, in Chillicothe, Missouri. She was an angel on earth and a prayer warrior. She loved painting and designing artwork through her Angel Creations.