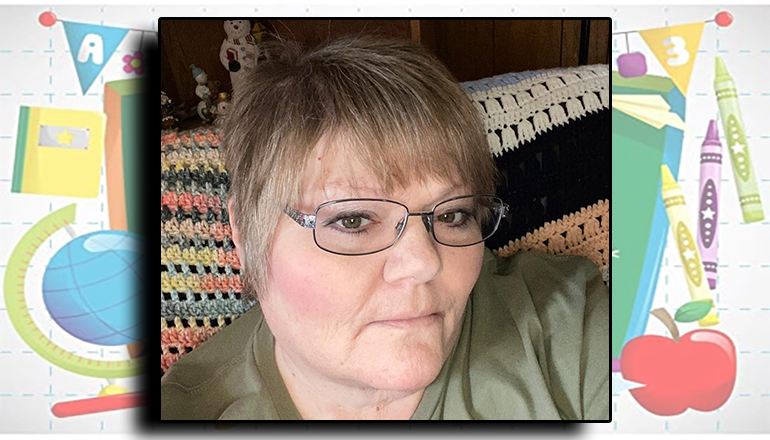 She was born May 21, 1965, in Chillicothe, the daughter of James Ernest and Roberta Ruth (Robinson) Searcy.

Janet graduated in 1983 from Mercer High School.  She became a teacher for the Mercer County School District.  She was a member of the Mercer United Methodist Church, Mercer, and the American Legion Auxiliary, Mercer.  Janet’s hobby was music and she had a love for sports.

Funeral Services will be held at 1:30 p.m. Friday, February 11 at the United Methodist Church in Princeton, Missouri under the direction of Roberson Funeral Home in Princeton.  Burial will follow in the Wilder Cemetery in Mercer.  The family will receive friends from 6:00 -8:00 p.m. Thursday at the funeral home.  Masks are recommended while attending the service and visitation.