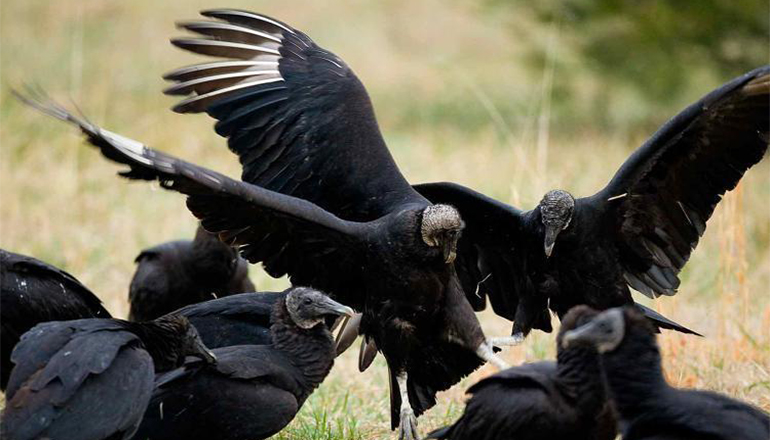 For those who enjoy visiting Bagnell Dam, the Missouri Department of Conservation advises area users at Bagnell Dam Access on the Osage River to beware of potential damage to parked vehicles due to black vultures.

MDC has worked to harass these birds and remove some of them, but they continue to congregate in this area despite deterrence efforts. MDC also has signs posted at Bagnell Dam Access alerting area users of the potential nuisance threat.

“MDC and conservation partners in the area are working to try to deter these vultures, but black vultures can be aggressive and persistent,” said MDC Wildlife Regional Supervisor John George. “It may make sense for area users to take precautions such as covering their vehicles with tarps and straps. However, even these precautions do not necessarily guarantee full protection.

Black vultures (Coragyps atratus) have a large, black body with a naked black head. Their global range extends from South America through the southeastern U.S., and, historically, these birds have only been reported in southern Missouri. However, in the past several years their range has expanded northward and sightings as far north as the Lake of the Ozarks has increased.

Turkey vultures look for carrion by riding wind currents and searching for smells to investigate for food.  Black vultures cannot smell as well as turkey vultures, and they rely more on sight to find food.

Vultures play an important role in nature by cleaning up dead animal waste, recycling proteins, and other nutrients, and limiting exposure and spread of disease to both wildlife and humans.

All vultures and other nongame bird species are protected by the Migratory Bird Treaty Act and may not be killed without special permission from the U.S. Fish and Wildlife Service.