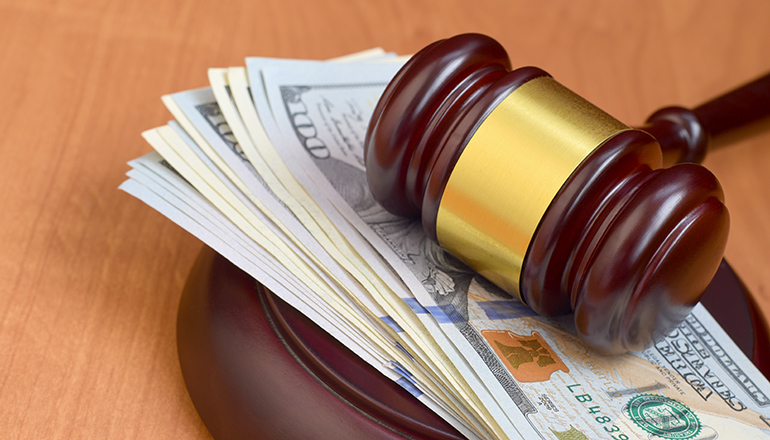 (Missouri Independent) – A trial will be held in early November to determine whether a subsidiary of St. Louis-based Centene will take over the contract for prison health care in the Missouri Department of Corrections.

In a hearing Thursday, Cole County Circuit Judge Daniel Green set Nov. 3 as the first day in the trial where current provider Corizon Health is trying to block Centurion Health from taking over the contract currently set to expire Oct. 31.

Corizon filed the lawsuit after losing a protest of the contract award.

Green did not issue the temporary restraining order sought by Corizon but left open the possibility of doing so. He asked the attorneys for Corizon, Centurion, and the state Division of Purchasing to file proposed orders and set another hearing on Sept. 9 for more pre-trial work.

Corizon is accusing Centurion of filing false and misleading documents as part of its bid for the contract, which would pay up to $1.4 billion if the state picks up the options to continue it for seven years. It wants the state to throw out all five bids submitted in the spring and seek new proposals.

As she argued for a temporary restraining order, attorney Jennifer Griffin focused on the role of Jeffery Wells, who was fired by Centurion in February after a lawsuit by Corizon in Tennessee uncovered problems with the way that state’s contract for prisoner behavioral health care was awarded.

The lawsuit in Tennessee found that Wesley Landers, chief financial officer for the Tennessee Department of Corrections, had ongoing communication with Centurion senior executives, including Wells, providing confidential information such as drafts of the bidding documents.

Wells is listed in the Missouri bid as the primary contact for Centurion, and his experience with the company is presented as evidence of a stable, trustworthy company with low turnover in top jobs, Griffin said.

Wells was fired in February, and Tennessee canceled the contract award in May, but Centurion never disclosed those facts to Missouri, Griffin told Green.

“It also failed to tell defendants that Jeff Wells was not of good reputation or a stable leader,” Griffin said. “He was a crook who personally engaged in improper communications with a corrupt Tennessee official in violation of Tennessee procurement law.”

As she argued for an order stopping the transition to Centurion, Griffin said Corizon would have huge costs if it had to stop providing medical care to the state’s approximately 23,000 inmates and then had to restart the services after prevailing at trial.

The state would not be harmed because the services currently being provided would continue, she said. And if Centurion lost money because of a temporary restraining order, it is of little importance because it obtained the contract via improper means, she said.

Assistant Attorney General Craig Jacobs, representing the state, said a delay in the transition would also delay Hepatitis C treatments for prisoners ordered by a federal judge. The current contract does not anticipate the expensive treatments, he said.

Chuck Hatfield, representing Centurion, said an order ending the transition would be costly. Centurion anticipates spending about $4.5 million to establish itself in the prisons and hire approximately 700 medical and support employees to provide services.

“If you are going to enjoin implementation, that is a really big deal,” Hatfield said. “It is going to cost us millions of dollars, and we are going to need a bond.”

Griffin, however, said any loss Centurion would incur would be a just penalty for improper activities in the bidding process.

“They have thrown out a proposal that contains false information to win this award,” Griffin said. “And If they are losing money, that is their fault.

Centurion was supposed to have started providing prison medical services on July 1, but because of the protest, the previous contract was extended to Oct. 31. With a trial date after the end of the latest extension, the attorneys and Green discussed whether he had the power to order the state to keep the contract in place until he issues a ruling.

Hatfield and Jacobs argued he did not, and Griffin suggested that a restraining order or injunction would preserve the status quo.

“I don’t see why a temporary restraining order would change anything,” she said.

“Because I’ll sue them,” Hatfield shot back. “Because I am going to sue them. We will have a counterclaim if they extend the contract.”

Absent an order, Hatfield said, Centurion would probably agree to a short extension to allow  Green time to issue a decision.

Corizon Health and its predecessor companies have provided prison health services in Missouri since it became a contracted service 29 years ago.

It has struggled to maintain its contracts in recent years. Corizon lost the Kansas Department of Corrections contract to Centurion in April 2020.