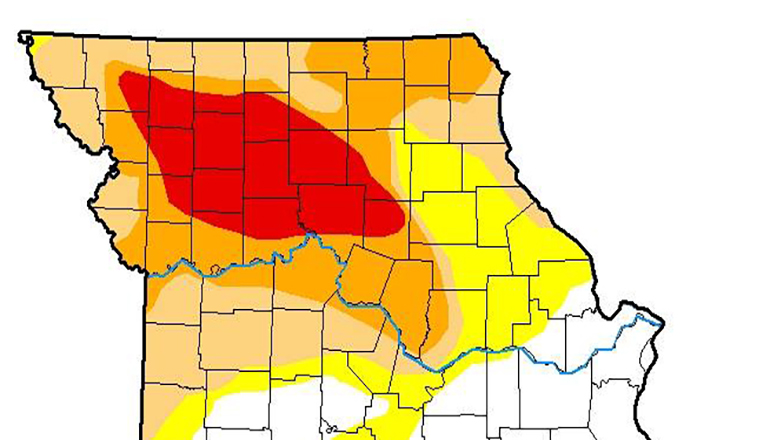 Warmer than normal temperatures dominated the region, with the Upper Midwest having the greatest departures with temperatures 4-6 degrees above normal.

It was also a fairly dry week over the region with only spotty precipitation over portions of central Illinois into Indiana. Minnesota into northwest Iowa recorded the most precipitation during the week as the active weather that impacted the northern Plains drifted east. Rapidly changing conditions in Michigan allowed for a widespread expansion of abnormally dry conditions in Lower Michigan as well as the eastern edge of the Upper Peninsula.

All or portions of 16 area counties are into “extreme drought” which is one step below the worst category which is called “exceptional drought.”

These include Grundy, Livingston, Linn, Daviess, and Caldwell counties from the Green Hills Region. Those in the Green Hills that have a portion for extreme drought are Harrison and Sullivan. The map also shows portions of Harrison, Mercer, Putnam and Sullivan counties with a moderate to severe drought.