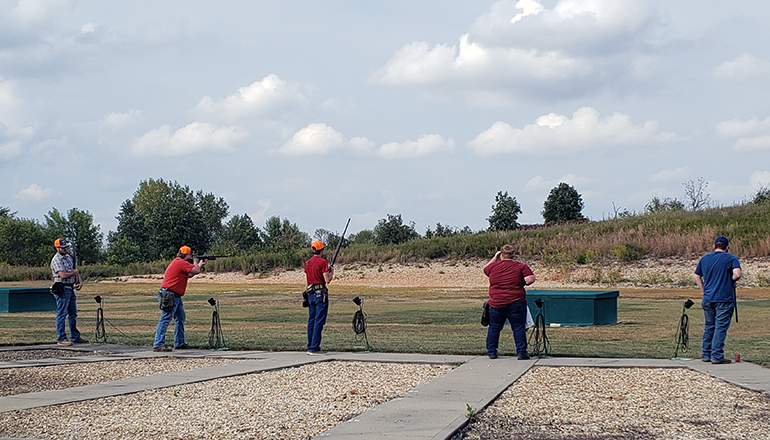 The Shooting Sports Club at North Central Missouri College began its fall season on September 29, 2021, with a trap shoot competition at the Mozingo Outdoor Education and Recreation Area (MOERA) near Maryville. The match was hosted by the Trapshooting Club at Northwest Missouri State University. The event consisted of 50 targets from the 16-yard line, 25 targets based on the shooter’s handicapped score, and an overall total hit. Each team had ten shooters compete.

“It was the first competition this fall for both clubs. Everyone enjoyed the chance to compete after not being able to for nearly a year and a half,” stated Jason Helton, co-advisor of the NCMC Shooting Sports Club. “Our club members are already looking forward to a re-match with Northwest scheduled for November 3 at the Trenton Trap & Skeet Range.”

To learn more about NCMC’s Shooting Sports Club, visit the NCMC website or contact Jason Helton or Rustin Jumps at 660-359-3948.