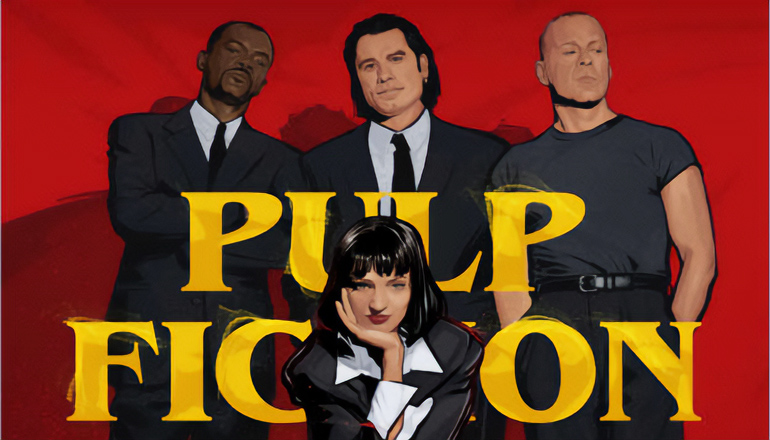 North Central Missouri College’s Film Club will kick off the fall semester on September 23, 2021, at 6:30 p.m. at the NCMC campus in Cross Hall 208 (doors open at 6:00 p.m.). The group will be viewing Pulp Fiction. All NCMC students, faculty, staff, and the public are invited to attend.

The Film Club is a monthly meeting of film fans and non-film fans, of anyone wanting to engage in dialogue or anyone wishing to have an enjoyable evening.  After the viewing, a discussion is held of the film: likes, dislikes, interpretations, and overall thoughts.  All viewpoints are encouraged and welcomed.

Jules Winnfield (Samuel L. Jackson) and Vincent Vega (John Travolta) are two hit men who are out to retrieve a suitcase stolen from their employer, mob boss Marsellus Wallace (Ving Rhames). Wallace has also asked Vincent to take his wife Mia (Uma Thurman) out a few days later when Wallace himself will be out of town. Butch Coolidge (Bruce Willis) is an aging boxer who is paid by Wallace to lose his fight. The lives of these seemingly unrelated people are woven together comprising of a series of funny, bizarre, and uncalled-for incidents.

The film is Rated R for strong violence, drug use, pervasive language, and some sexuality. Those under the age of 17 will not be allowed to attend without a parent/guardian.