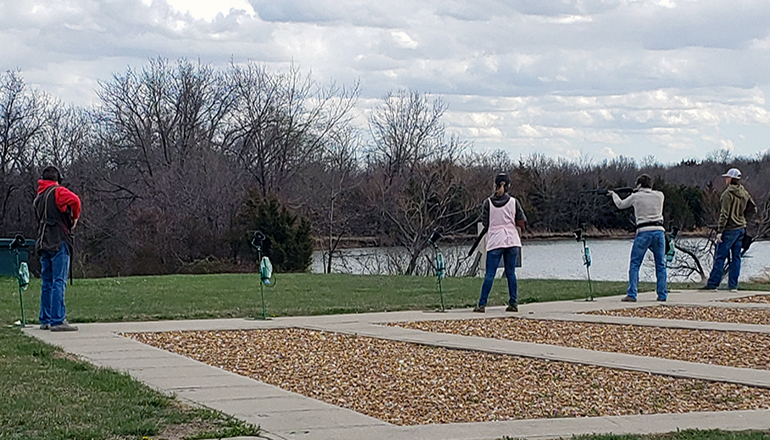 The Shooting Sports Club at North Central Missouri College traveled to a trap shoot competition at the Sedalia Rod and Gun Club, hosted by State Fair Community College in Sedalia, Mo., on April 6, 2022. The event consisted of 100 targets from the 16-yard line, with the top five from each team comprising the team score. Each team had eight shooters compete.